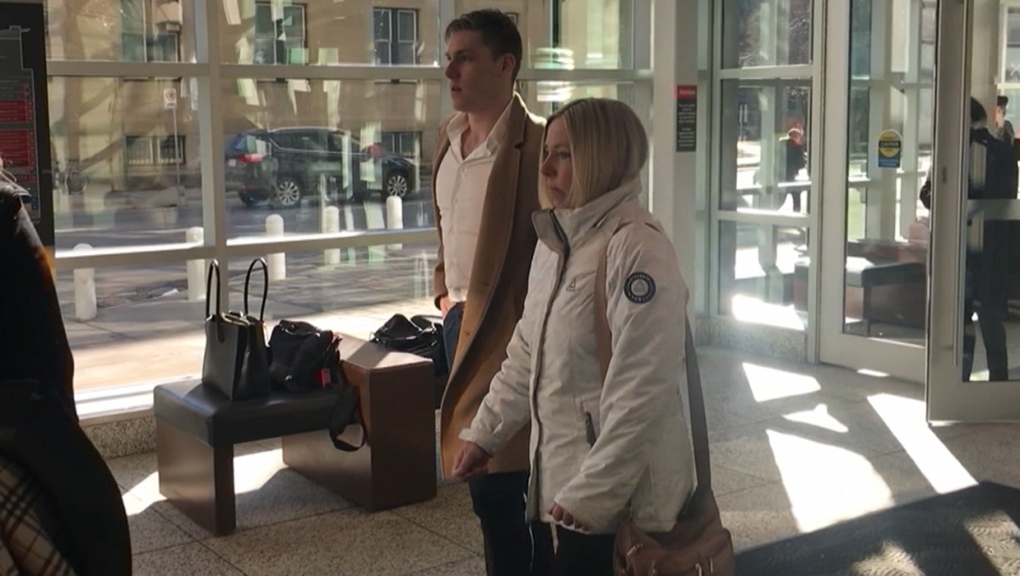 Matthew Brown, seen here at the Calgary Courts Centre on March 3, 2020, has been convicted by the Alberta Court of Appeal. (File)
CALGARY -

Alberta's Appeal Court has ordered a Calgary man be convicted for breaking into a professor's house and assaulting her while he was naked and high on magic mushrooms.

Last year, a judge found Matthew Brown not guilty of two counts of break and enter --- one with the intent to commit aggravated assault and the other to commit mischief.

Court heard that the former captain of the men's hockey team at Mount Royal University in Calgary ate magic mushrooms at a house party in January 2018.

He then broke into the home of professor Janet Hamnett and hit her with a broom handle.

The original trial judge had ruled that evidence supported the defence argument that Brown had experienced automatism and was not in control of his actions.

The Appeal Court reversed the decision by Court of Queen's Bench Justice Michele Hollins and concluded Brown is guilty of aggravated assault and is to return to court for sentencing.

One of the court's three judges, Justice Ritu Khullar, noted that, in 1995, Parliament debated the defence of self-induced intoxication automatism in crimes of violence.

She said Parliament agreed that the voluntary consumption of drugs is reckless behaviour and that people have to be accountable for the unintended consequences of their actions.

“In this case, holding the appellant accountable for his violent attack against Ms. Hamnett is an important step in recognizing Ms. Hamnett's self-worth and dignity,” Khullar wrote.

“It is demonstrably justifiable to hold persons like the respondent accountable for their decisions to consume substances known to affect human behaviour,” Justice Frans Slatter added.

This report by The Canadian Press was first published July 29, 2021.