The last long weekend of summer usually means the end of tourists for hot spots like Banff, but some business owners in the booming mountain village are relieved, because they haven't had enough workers all season – and don't know where they're going to find more in time for ski season.

Darren Fisher owns the Rocky Mountain Bagel Company, but this summer that has meant working the cash register because he simply can't find people to work there.

"We are probably missing 12 or 15 people overall as a business," Fisher said. "The only thing we can do is shorten our hours of operations.

"Our front end staff to serve customers, to make coffee, that's the positions that are our deepest hole."

Fisher said he has barely half as many employees as he'd like at his two locations right now.

And he's not the only business cutting hours as he struggles to hire staff.

It's been a huge problem for Canmore and Banff businesses for months.

"It's been a summer unlike other summers," said Michel Dufresne, from the Job Resource Centre. "We haven't seen a return of workers after the (COVID-19) restrictions were lifted.

"We thought it would return to normal (conditions), but we're missing the (typical summer) workers from Quebec and Ontario, the foreign workers from Australia and from Europe.

Dufresne also says many people in the area retired, or left the work force during the pandemic, leaving a glut of open jobs.

As those slowly fill, the entry level ones remain vacant. 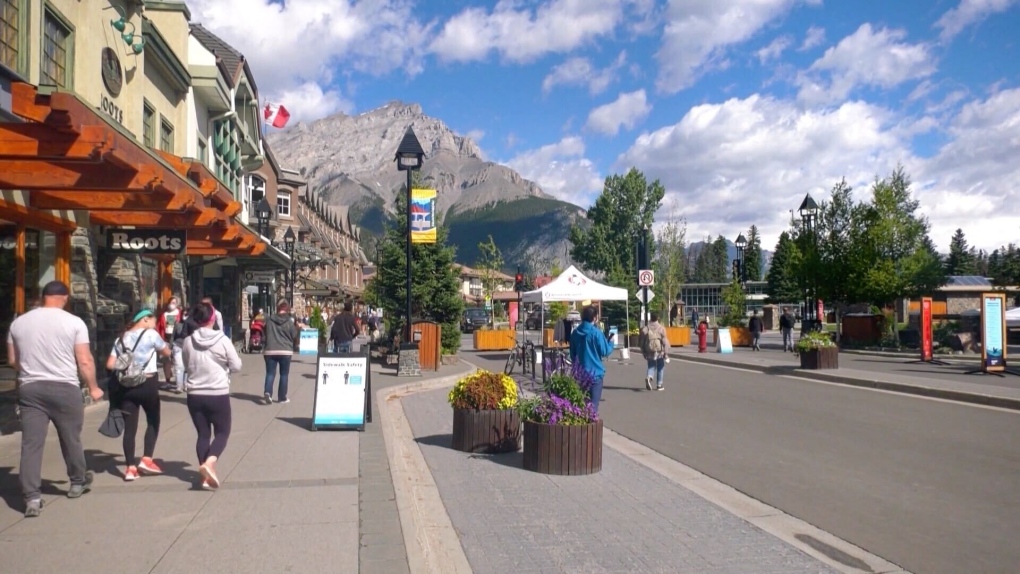 The Labour Day long weekend marks the end of a busy season, though a whole new group of tourists show up when the snow flies.

Ski hill operators hope they will have enough staff to welcome them.

"Over the summer period, we're seeing a few more vacancies," said Sunshine Mountain's Kendra Scurfield. "And some of our food and beverage positions however in the winter time are still (relatively) more attractive. We do pay a competitive wage and have that (ski) season pass that a lot of people come to the mountains for and that's a big perk for team members."

Fisher said even though the bagel business slows down after Thanksgiving, he still needs more staff for the winter season – at least 10 people.

He also hopes customers will be patient with local shops as they try to find enough staff.

"Everyone is just trying to do their best," he said. "And try to keep their doors open and not have to close, and I think patience from people choosing to support these places is so appreciated. The people behind the till have been working long hours all summer long."

The Job Resources Centre says in general, local businesses have adjusted to operating with 30 per cent fewer staff than they'd like – and that it could take a few years for the labour market to return to normal.

Right now, there are about 5, 000 vacant jobs in Banff, Canmore the surrounding ski hills.