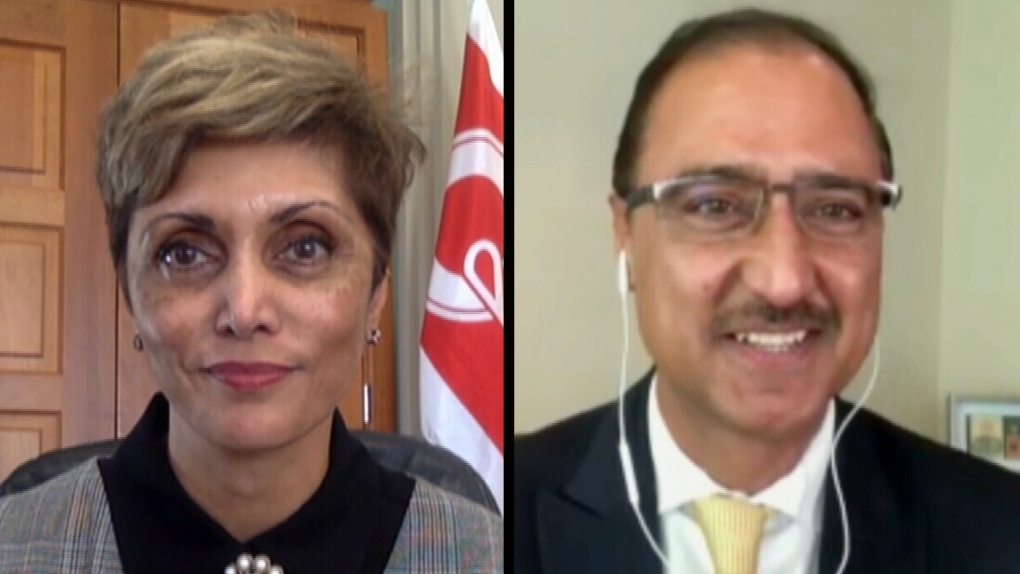 The mayors of Calgary and Edmonton are throwing their support behind their respective home teams ahead of the long awaited return of a playoff version of the storied Battle of Alberta.

Mayor Jyoti Gondek announced Monday afternoon that she had agreed to a friendly wager with Mayor Amarjeet Sohi, her counterpart in Edmonton, ahead of the Flames-Oilers Pacific Division finals series.

Gondek says the mayor of the city that loses the series will wear the victorious team's jersey and full facepaint in the colours of their rival.

"What will happen in the losing city is the mayor, and hopefully all of council, will wear the opposing team's jerseys — sounds pretty familiar — but what we also agreed to, though, is the losing team, at the first council meeting following the end of the series, the mayor will be in full face paint celebrating the opposing team," said Gondek.

An unspecified financial donation will also be made to the winning city's children's cancer charity.

"The losing city council will also donate either to Kids with Cancer Society in Edmonton or Kids Cancer Care in Calgary in recognition of Ben Stelter's fight with brain cancer. It's fitting that the month of May is Brain Tumour Awareness Month. Ben has been incredibly brave in this past year and all hockey fans are cheering him on."

The provincial rivals last met in the playoffs 31 years ago during the 1991 Smythe Division semifinals. The Oilers defeated the Flames on an Esa Tikkanen goal in overtime in Game 7 of the hard-fought series.

Game 1 of the much-anticipated return of the Battle of Alberta goes Wednesday at 8:30 p.m. at the Scotiabank Saddledome.