'Be aware when you're buying hay': Online hay sale scams on the rise

'Be aware when you're buying hay': Online hay sale scams on the rise 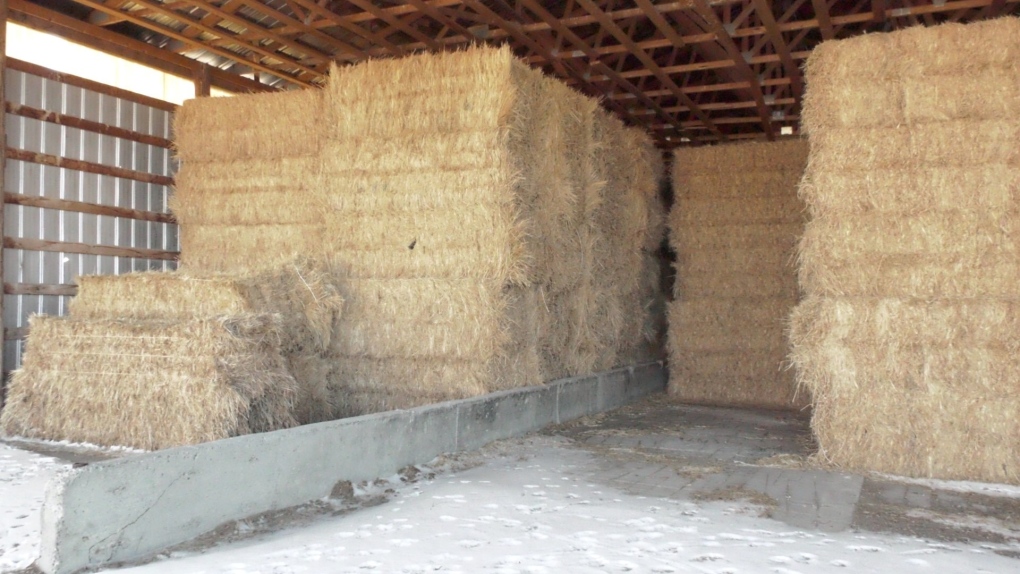 Recent years of drought have led to a shortage of hay and in turn has made farmers more desperate than ever for it. Scammers know this and have been taking full advantage.
FORT MACLEOD, Alta. -

Last month when Eric Boot, owner of Boot Hay Farms, learned someone was impersonating his business online, he was surprised.

But then it began to make more sense.

"About a month ago, I got a call from a lady that was out of Vancouver Island and she mentioned that she had hay coming from our operation. It kind of puzzled me because I knew we hadn't done any business there," Boot said.

"And she proceeded to explain she'd seen it on Facebook."

The woman made a down payment of $800 before receiving multiple calls asking for more money.

Once she got suspicious, she reached out to the real Boot Hay Farms and discovered she'd been scammed.

Recently, the Redcliff RCMP put out an alert for a similar scam happening in the Medicine Hat and Cypress county area.

A Facebook user by the name of "Maxwell Jakes" had been posting ads to Facebook saying they have bales of hay and straw available.

But once the buyer sends money through an e-transfer, no hay is ever delivered.

"It seems to be ramping up in the last year or two, especially with the use of the internet and people being able to transfer money electronically."

Recent years of drought have led to a shortage of hay and in turn has made farmers more desperate than ever for it.

Scammers know this and have been taking full advantage.

"I guess there's always a certain amount of it that happens every year and people have to be aware when you're buying hay or even selling hay … (of) people not delivering the hay after getting paid," said Lynn Jacobson, Alberta Federation of Agriculture president.

With the ongoing shortage, there's no telling just how long these scams will continue.

Farmers and anyone else buying hay will have to be cautious with any business they do online.

Simple things like only dealing with people you know and not paying for the hay until it's on your property can help lessen the risk of being scammed.

"There's common sense things that people can do. And one of the things is you want to inspect that hay and you want to have it on your yard before you make payments," Jacobson said.

If you have been scammed in an online hay sale or have any information about a scam, you can contact the RCMP or Crime Stoppers.

Late Mississauga Mayor Hazel McCallion is being remembered for the many ways she contributed to not only to the city she led for 36 years, but also the province and country following her death on Sunday morning.

A solo exhibition at the Art Gallery of Ontario in Toronto is celebrating 50 years of David Ruben Piqtoukun's work. It features more than 60 pieces by the veteran Inuvialuk sculptor.