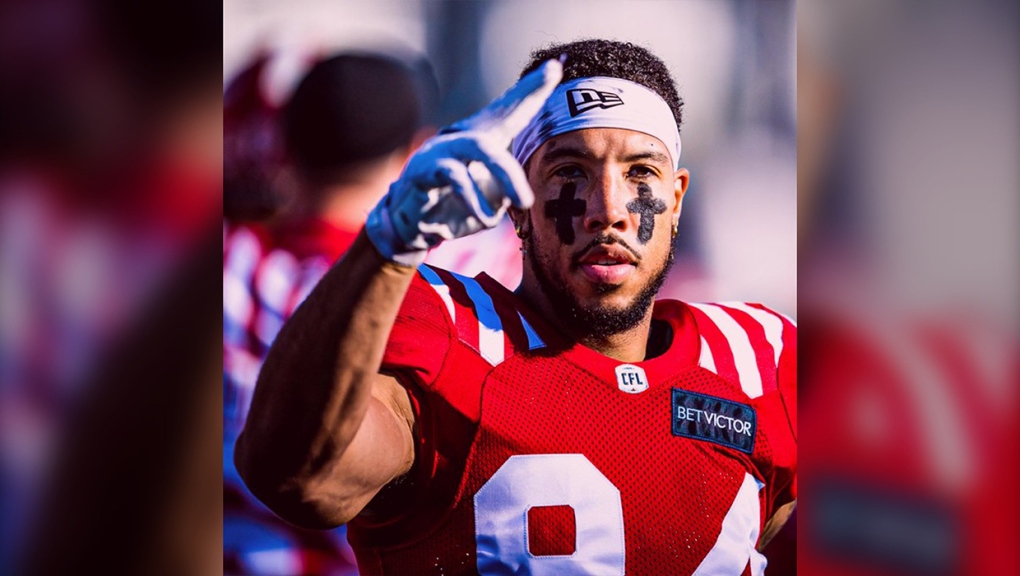 The Calgary Stampeders'  leading receiver, CFL all-star Reggie Begelton, will return to the team after signing a contract that keeps him through the 2024 season.

Begelton caught 85 passes for 957 yards in 2022, appearing in all 18 regular-season games. Among those were 27 catches that converted second downs.

In the Western Semi-Final against the B.C. Lions, he caught seven passes for78 yards and returned one punt for 13 yards.

Over a five-year Stampeder career, Begelton has 243 receptions for 3,326 yards and 19 touchdowns. He was also named a CFL all-star in 2021, when he became the fifth player in Stampeder history to record 100 catches in a season.

Let’s bring the ‘Ship back to Cowtown 🤠 https://t.co/cxbNucL7CW

That came after a brief stint with the NFL's Green Bay Packers, where Begelton played one game.

"Reggie is a very reliable, durable and productive receiver who is an important part of our offence," said Stampeders president and general manager John Hufnagel. "I’m very pleased he has made this commitment to the organization and look forward to seeing him continue to perform at a high level over the next two seasons."

"Dreams do become a reality, so why not dream big, Cowtown?" said Begelton. "It’s time to bring the championship back home. Let’s go!"

Eight people were seriously injured after a Laval city bus crashed into a daycare Wednesday morning, according to first responders. The driver of the bus has been arrested, according to Quebec Public Security Minister Francois Bonnardel.

Conservative Leader Pierre Poilievre says that if he becomes prime minister he would uphold the 10-year deals Prime Minister Justin Trudeau is looking to ink with provinces and territories that would inject $46.2 billion in new funding into Canada's strained health-care systems.

With the hope of finding survivors fading, stretched rescue teams in Turkiye and Syria searched Wednesday for signs of life in the rubble of thousands of buildings toppled by a catastrophic earthquake. The confirmed death toll from the world's deadliest quake in more than a decade passed 11,000.

Inflation has eroded purchasing power for many Canadians, but the experience with rapidly rising prices has been far from uniform.

An 'awkward' attempt at a handshake between Alberta Premier Danielle Smith and the prime minister Tuesday is another example of leaders from the western province hesitating before shaking Justin Trudeau's hand, say political experts.

opinion | Tom Mulcair: This is why the federal health-care proposal is so disappointing

Justin Trudeau has thrown in the towel in the fight to maintain the federal role as gatekeeper of a public, universal, accessible and fair health-care system in Canada, writes former NDP leader Tom Mulcair in an exclusive column for CTVNews.ca. 'That could have tragic consequences for folks on the lower rungs of the social and economic ladder.'

Fir trees are under attack in the British Columbia interior, where severe drought and heat are putting forests at risk due to bark beetles.

According to newly released data, six provinces had increased wait times for walk-in clinics in 2022, with Canadians waiting an average of 37 minutes before seeing a physician.