Calgary crews are in the process of removing a temporary berm built on Memorial Drive with the hope of opening the entire area back up to regular traffic by Monday at the very latest.

Mayor Jyoti Gondek noted on Friday that Calgary’s state of local emergency has now been rescinded as an approaching weather system tracks further south from the city than originally expected.

"This is preparedness in action, and the cost we’ve heard around $115,000 protected $53 million in Calgarians' property and critical infrastructure," she said.

"There comes a point, in response, where you have to make a decision, because things take time to put into place. As a city, we would rather be more prepared, take the chance that something doesn't occur based on very, very sound predictive information, than be in a position where we didn't talk fast enough and something did occur." 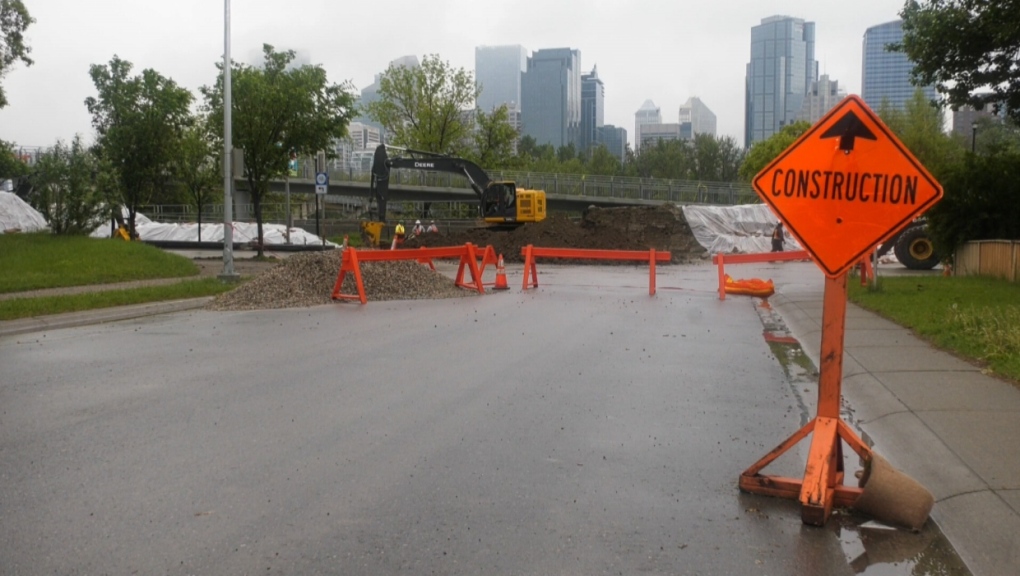 City of Calgary crews begin tearing down a berm built to protect citizens against potential flooding.Henry adds that this was an "incredible example" of how much the city has learned since the 2013 floods, and more lessons will be learned from this latest response.

Although, not everyone was on board with the city’s quick decision to install the berm.

Mike Bradfield with the Sunnyside Flood Task Force says the community wasn’t told about the project and only found out about it this week, once crews had started building it.

"I call this the berm of failure," he said.

"Failure of management, failure to notify people, failure to do it in a better manner. This is the best they could come up with done on no notice? A 10-foot-high berm of dirt blocking ambulances? They’re not thinking it through." 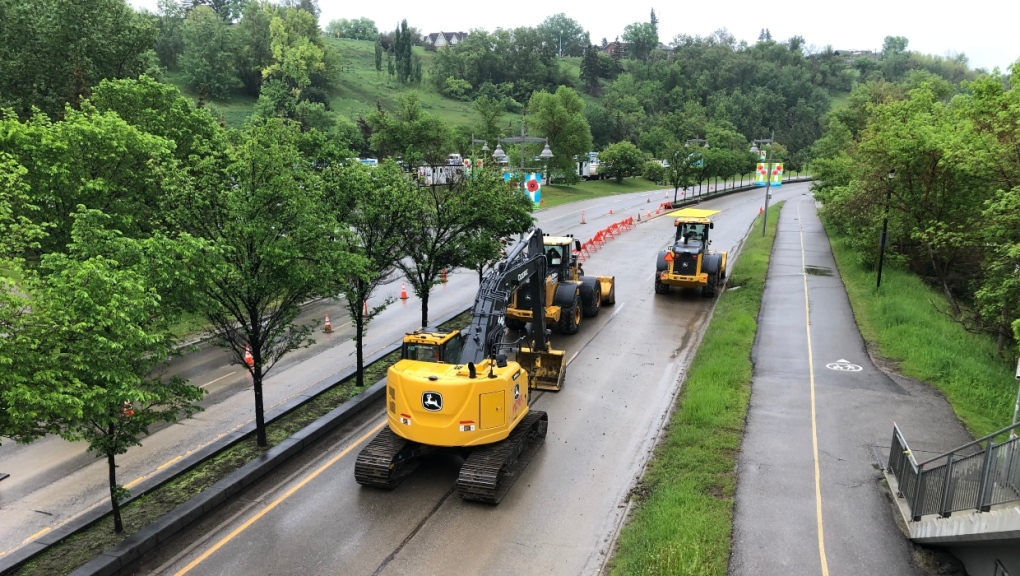 City of Calgary crews begin tearing down a berm built to protect citizens against potential flooding.The city says construction on a permanent berm is expected to start in 2023 and be completed two years later, but already the traffic delays are concerning for drivers.

Chris Best, who lives outside of downtown, says information from the city wasn’t provided in a timely manner.

"I think it's good for the city to take proactive approaches and try to get ahead of these things," Best said.

"But as a resident that's a little further away, I was definitely impacted by the amount of traffic that moved off of Memorial Drive and onto 16th Avenue. It was pretty much ‘good luck‘ last week when the berm was blocking that road."

The berm, however, was welcome news for many Sunnyside residents like Wendy Martino who experienced flooding first-hand nine years ago.

"I really appreciated it, even though it meant getting in and out of Sunnyside was difficult for a few days. It was worth it because we lived through the 2013 flood and there was so much that we lost," she said.

Others like Shalene Yaskowich, who lives in Eau Claire, agrees that the risk of flooding outweighed the cost.

"I think it's money well spent," Yaskowich said. "Everyone's insurance claims would go up, so they're not taking that into account. I know it might seem really difficult right now and inconvenient, but I think it was a great proactive step."

The risk of flooding is over for now, says the city, but a boating advisory is still in effect for both the Bow and Elbow Rivers. Officials warn of high and fast-moving waters which continue to create dangerous conditions.

The province added in a news release on Friday that no major flooding has been reported in Alberta despite significant rainfall.