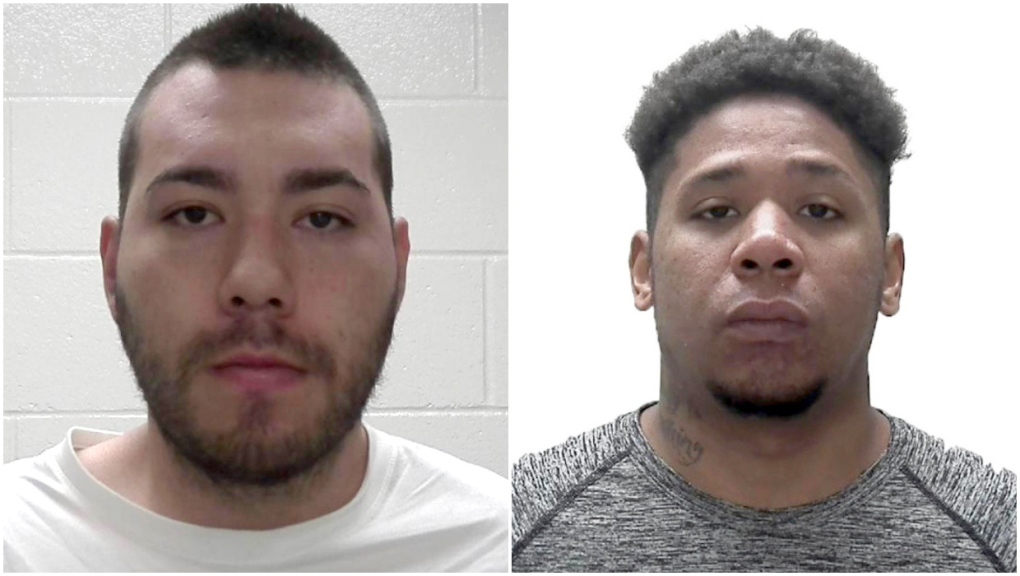 Blood Tribe police has released images of two men wanted for aggravated assault and armed robbery involving a firearm after a man had his vehicle and belongings taken.

Police were called to a residence on the Blood Tribe, about 230 kilometres south of Calgary, on April 26, where they found a man suffering "obvious signs of trauma," according to a release.

"The investigation revealed that the victim was with two males when a firearm was displayed and the males demanded money," it read.

Two suspects have been identified.

Corey Nelson Amyotte, 35, from Calgary, and Riley John Masuskapoe, 26, from Edmonton, are wanted for aggravated assault, robbery with a firearm, and other weapons-related offences.

Police say the suspects and victim were known to each other and the suspects should be considered armed and dangerous.