Some Alberta businesses say they're feeling left behind following an announcement that travel restrictions at the Canada-U.S. border will remain in place for at least another month.

The federal government said Friday the restrictions on non-essential international travel will be kept in place until July 21.

In Calgary, one travel agent said it was a hard thing to hear.

"People are just wanting to know when can we travel or when can we plan that vacation," Travel Time owner Terri Jo Lennox said. "They just want some guidance on that."

Lennox told CTV News she understands the reasoning behind the extension, but was hoping for more information from the government.

"The most unsettling piece of it for both us in the industry and consumers in general is all of the uncertainty, and the lack of information or a plan," she said.

The measures at land crossings have been in place since the onset of the COVID-19 pandemic in March 2020.

The pressure to relax the restrictions has been building from businesses on both sides of the border in recent months. 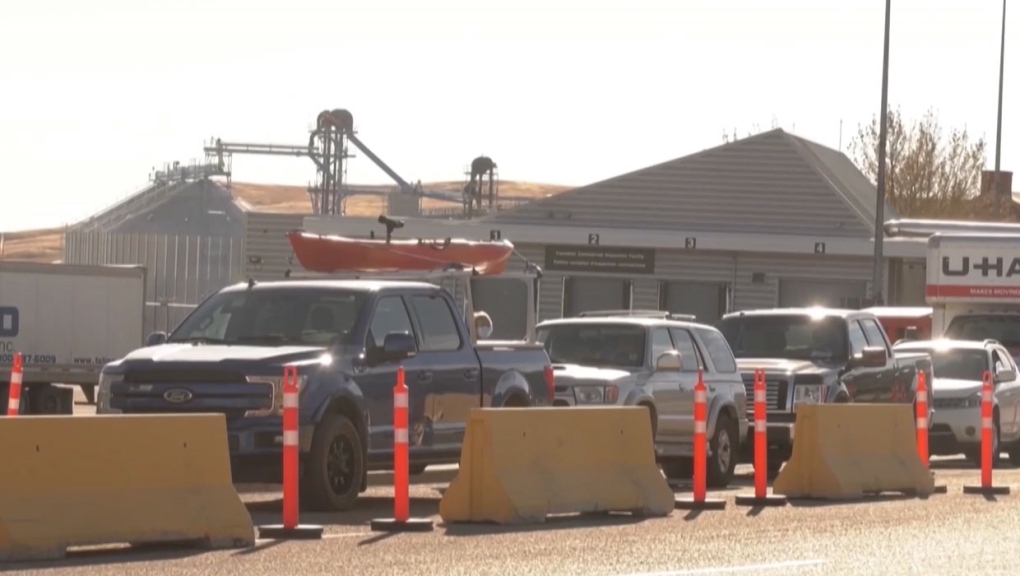 Alberta's southern-most village has been struggling with the change.

"It continues to hurt our small businesses that depend on traffic going through," Coutts deputy mayor Scott MacCumber said.

The premier said he'd like to see some exceptions made to help some industries.

"I think most premiers believe that we can, at some point in July, begin receiving folks who have been double dosed," Jason Kenney said Friday.

The federal government is expected to provide details on Monday about plans to let fully vaccinated Canadians and permanent residents enter the country.

Prime Minister Justin Trudeau has previously said that it would take 75 per cent of Canadians getting vaccinated before restrictions at the border could be lifted.

Right now, more than 65 per cent of Canada’s total population has had their first dose and almost 17 per cent are fully vaccinated.

A NASA spacecraft rammed an asteroid at blistering speed Monday in an unprecedented dress rehearsal for the day a killer rock menaces Earth. The galactic grand slam occurred at a harmless asteroid 9.6 million kilometres away