More than 500 people are sharing their passion for collecting historical coins and bank notes at this weekend’s annual Calgary Fall Coin Show and Money Fair.

The event put on by the Calgary Numismatic Society brought together more than 40 tables and dealers at the Clarion Hotel, who showcased ancient tokens, polymer money, stamps, and other artifacts.

Chair of this year’s show, James Williston says the hobby has grown exponentially since the pandemic started in 2020.

“We call this the king of hobbies,” he said.

"It just teaches people all about geography, history, responsibility and financing as well as collecting.”

Some of the coins and stamps are valued at thousands of dollars including old Dominion of Canada royal bank notes from the early 1900s, upside down struck constitutional dollars and other rare collectibles.

Andrew Mckig has been collecting for more than 60 years and says old Queen Elizabeth II notes and coins are surging in popularity.

“People want to want to keep it as a memento and some people want to pass it on to their grandchildren as well,” he said.

"Other people go for special serial numbers or errors on bank notes or coins. I have an error. Those are very rare and they call it an offset.” 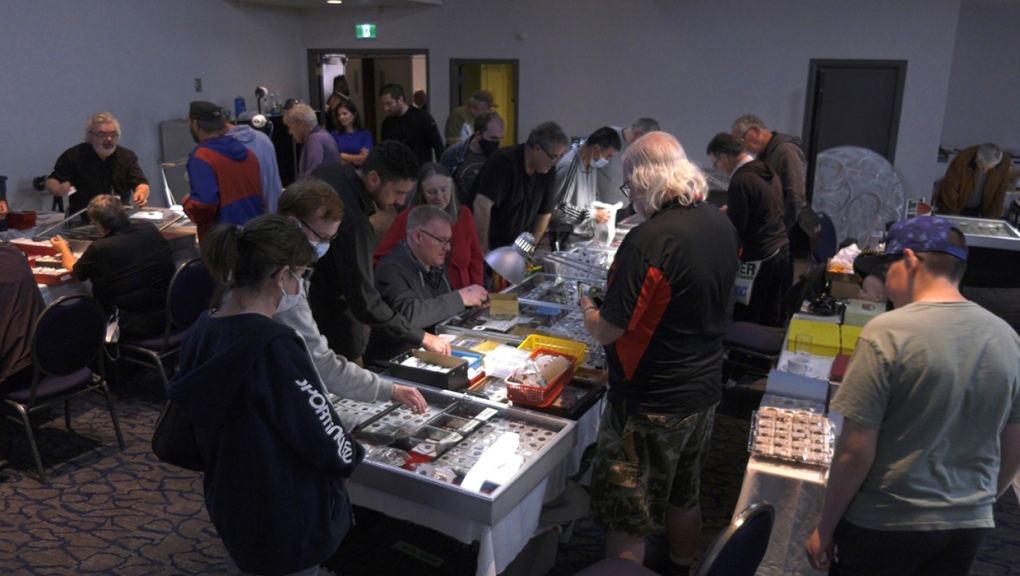 Catherina Vantooren has some old bank notes from the 1950s in which Queen Elizabeth II is portrayed with hair that shows the image of a devil face.

The rare notes were noticed after a citizen’s complaint to the Bank of Canada in 1954, but some currency still exists to this day.

“It’s all about history, you know, people have some of these collections from so many years ago,” she said.

“I’m very proud to carry on this collection.”

Dealers from around the world also showcased items on Saturday, including Hanna Isaeva who just arrived in Calgary from Ukraine last week.

She was given an old collection of Soviet Union, Russian Revolution and Russian Imperial bank notes and coins from her father before she fled from her home country.

“It’s just so nice to be here with Canadians,” she said.

“This is a very exclusive collection and it feels so good to be able to share it.”

The Calgary Fall Coin Show and Money Fair runs from 10 a.m. to 5 p.m. Saturday and Sunday at the Clarion Hotel.