The Calgary Firefighters Association say they are at a critical breaking point.

The association said a recent two-alarm fire in the southeast Calgary neighbourhood of Legacy is an example of how resources are strained.

“The problem was in that call, there was not an engine available in that area, the first engine was in excess of 12.5 minutes away,” said Henson.

“We should have been there in seven minutes or less.” 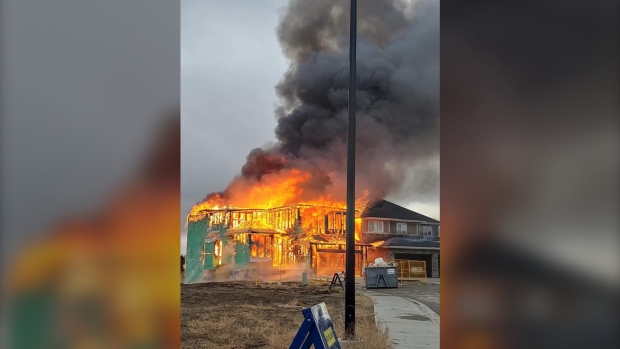 The Legacy fire destroyed two homes, including one under construction. There’s no word on a cause.

Calgary has 41 fire halls.The closest one to Legacy is Fire Hall #26 in Midnapore, which is about 10 minutes away.

The city approved 14 new communities last year, the majority of which will be built on the city's outskirts.

None of them have a firehall.

“Otherwise we're paying for the firehalls, but we gotta figure out a way to pay for the firefighters in those halls."

“Approximately 75 per cent of new population growth is in those communities, so there is demonstration that people are moving there,” said Gondek.

City council is also considering a $9-million cut to the fire department when they debate the city’s budget later this month.