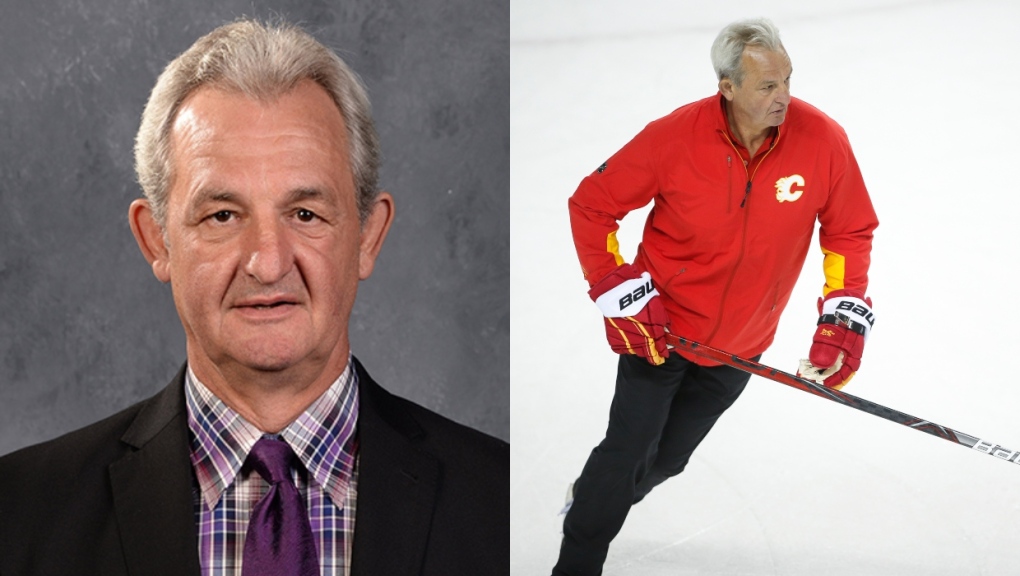 Darryl Sutter's official headshot from NHL.com (left) and a photo of him skating during the opening day of training camp in Calgary on Thursday, Sept. 23, 2021. (THE CANADIAN PRESS/Jeff McIntosh) (right)

While Flames fans have been keeping a close eye on training camp to see how new players are performing, it seems they should instead be turning their attention to the team's head coach – named one of the most attractive in the league.

Gambling.com decided to compile some data to determine which NHL coaches are ageing like fine wines and whose hard-knock hockey careers have taken a toll.

The app, which is free to download, uses facial symmetry, facial structure and the so-called 'golden ratio' – a measure of physical perfection according to ancient Greeks – to calculate how beautiful people are, assigning them a score out of 10.

Gambling.com says it used portraits from the official NHL website in conjunction with the app to compile the list, rounding decimals up or down to "ensure consistency."

While, Edmonton Oilers coach Jay Woodcroft nabbed top spot on the list of the most handsome head coaches with a score of 9.18/10, Sutter came in second with 8.9/10.

Overall, the division with the most handsome coaches was the Pacific, which Calgary is a part of.

Sutter was named the Flames' head coach in March 2021 – his second stint with the Flames after originally being named the team's coach in December 2002 and coaching through until July 2006.

He also served as the team's general manager from April 2003 to December 2010.

Plane believed to be carrying Brittney Griner lands in U.S.

A plane believed to be carrying Brittney Griner landed in the United States early Friday, nearly 10 months after the basketball star was detained in Russia and became the most high-profile American jailed abroad.