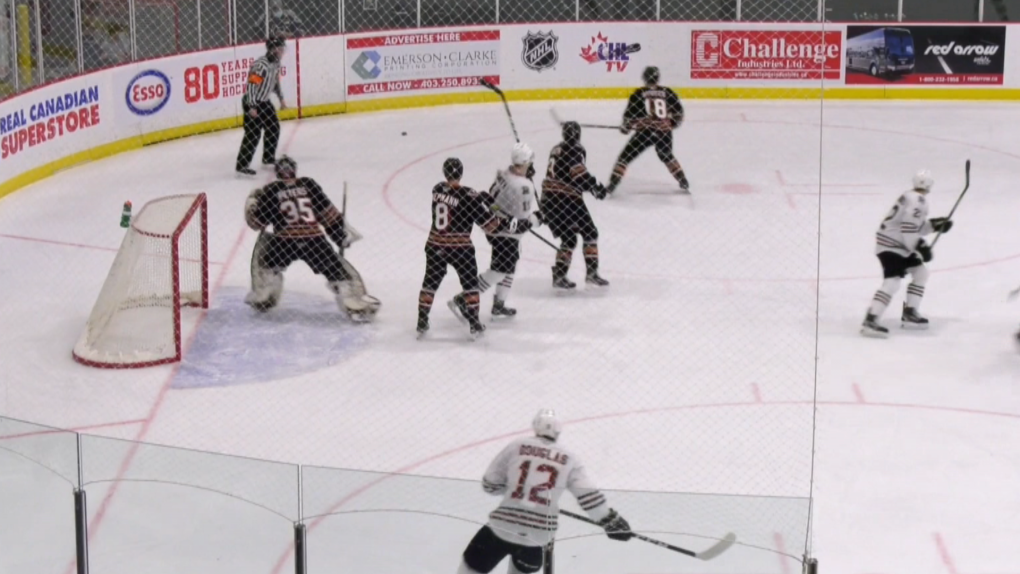 Back in the Saddle(dome): The Calgary Hitmen are scheduled to return to their regular rink after a season spent on the Tsuut'ina Nation. (file)
CALGARY -

The Calgary Hitmen expect to open their 2021-22 season with a home-opener in front of fans at the Scotiabank Saddledome following a season away from their regular confines.

The Hitmen are slated to host the Lethbridge Hurricanes for an Oct. 3 matinee.

The WHL team played their 2020-2021 home games at the Seven Chiefs Sportsplex on the Tsuut'ina Nation, with the players staying within their cohort at a nearby hotel, in response to the COVID-19 pandemic.

The return to the Saddledome will follow a four-game preseason schedule that will include a game at the Seven Chiefs Sportsplex against the Edmonton Ice as well as a game against the Red Deer Rebels at the Deerfoot Sportsplex on the Siksika Nation.

Ticket information for the 2020-21 season, as well as training camp dates, is expected to be announced in August.

The Hitmen will only face Eastern Conference opponents during the 68-game season.