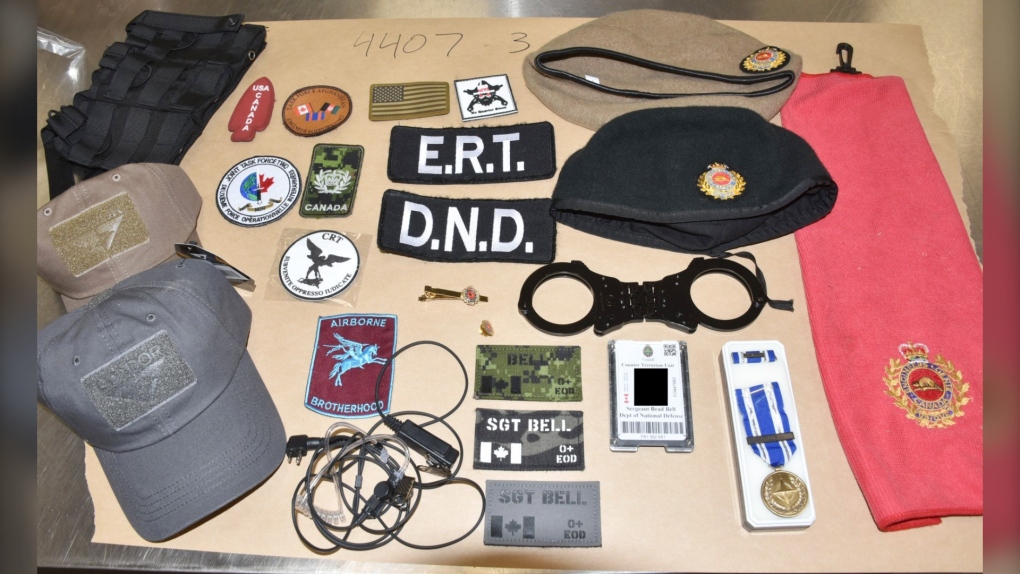 A Calgary man accused of posing as an ex-military member and providing survivalist training under false credentials is now facing charges.

The investigation began in May after police were alerted about a man operating a firearms training, survival training and women’s self-defence company called Sheep Dog Enterprises out of his southeast Calgary home.

"It is alleged that the man was in possession of several firearms, did not possess proper documentation nor licencing for firearms, and had not been involved with the military at any point," police said in a release.

"It is also believed that the man falsified documentation and deceived his way into veterans’ and law enforcement support groups."

Police obtained a search warrant and the man's home was searched on July 6, when several firearms were seized, along with multiple falsified documents, forged ID badges and body armour.

Bradley Bell, 35, is charged with:

"We are still working to understand why Mr. Bell went to such lengths to represent himself as an ex-member of the Canadian military," said Calgary police Sgt. Ben Lawson.

"Regardless of his motivation, we recognize that illegal possession and improper handling of firearms can have significant impacts on community safety."

"We remember the blood, sweat and tears that it took to earn a piece of metal attached to coloured ribbon, a strip of cloth or an embroidered badge, we are also most protective of the title 'veteran,'" it read.

"Fakery is not flattery, it’s cold, calculated deception. Over the course of the past seven years, SVC has exposed posers, fakes and embellishers who have used their false military narratives to 'sell their services/skills,' secure access to employment opportunities or advance their political aspirations. Intimidation, theft, fraud including accessing veteran/military benefits, questionable charity schemes, embezzlement and dating scams are routinely connected with false claims of armed forces service.

"Fortunately, many veterans serve in Canada’s police services and they recognize that stolen valour is often the tip of the iceberg. SVC commends the CPS for their successful investigation in this case and we’ll will watch for further developments concerning potential 'stolen valour' charges."

Police say the investigation continues and further charges could be laid.