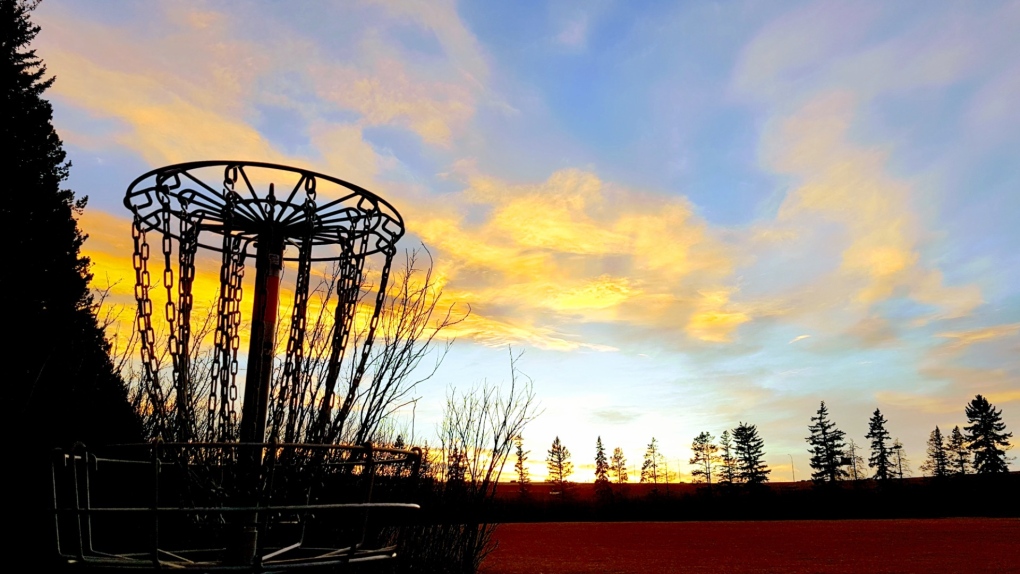 Hole 17 at Baker Park. The course was named the fifth most popular in the world for 2021. (Courtesy Brian Lee)

When Sean Rickard started playing disc golf three years ago, it was still a relatively niche sport in Calgary.

"I could come to Baker (Park) on a weekend and play four rounds and not see another person," he said.

How times have changed.

There were 35,666 rounds recorded at Baker Park on the popular UDisc app in 2021 — which works out to just under 98 per day — making it the fifth busiest disc golf course in the world. In fact, it's not uncommon now to wait in line to start playing on a summer day.

Ekeburg Frisbeegolfbane in Oslo, Norway was the world's busiest course last year according to UDisc with 43,845 rounds recorded, followed by Valbyparken Disc Golf in Copenhagen, Denmark (43,392) and Morley Field in San Diego, Calif. (40,130).

Featuring a technical front nine and longer, more open back nine, Baker Park is a 1,546-metre, 18-hole, par-56 course with baskets across the Bow River from Bowness Park in the northwest quadrant of the city.

It's changed a lot since Bryce Pickford started playing in 2003.

Back then, instead of baskets — which were installed in 2011 — players aimed at a piece of Rebar stuck in the ground with a milk jug taped to the top.

Pickford says the sport of disc golf grew somewhat steadily over the years but it's been during the pandemic that it has really exploded in popularity.

"That's how small the community was, there was maybe 30-40 people. For sure when COVID hit, that put it over a tipping point." 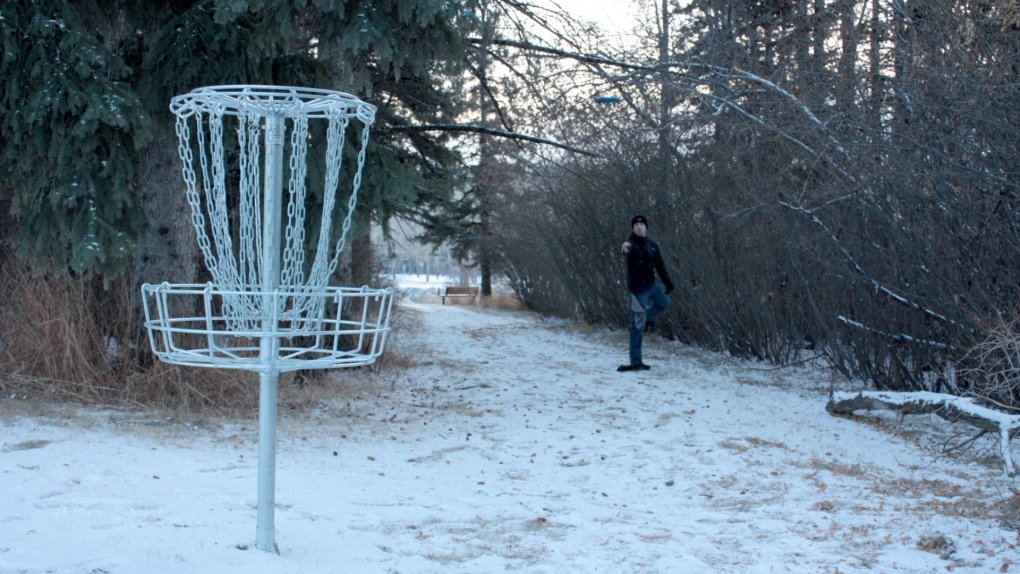 Bryce Pickford makes an approach shot on Hole 2 at Baker Park in this photo from 2011, the year baskets were installed. In 2021, Baker Park was the fifth busiest course in the world. (Courtesy Bryce Pickford)

The Calgary Disc Golf Club has also grown along with the sport in the city, with 883 people registered last year said membership director Melissa Bright, who recorded about 160 rounds in 2021.

Not every round gets recorded, meaning the actual number at Baker is much higher, though the same would also be true for other courses around the world. At 532 rounds in 2021, Steve Zeeb is thought to have played the most among Calgary disc golfers. Kyle Zwiers recorded 450 rounds.

Baker is the busiest course but by no means is it the only one in Calgary. There's more than a dozen in the city, the newest being Currie, which opened last fall and most are open to the public. There's no charge to play at public courses but there are a couple private community courses, like Park 96 and Sundance Lake, and Lloyd Park has an annual or drop-in fee to play.

There's also now a number of leagues and events, including Glow N' Throw on Wednesday nights and Random Doubles Madness Glow on Friday evenings, both at Baker. Then there's a Tuesday Night League at Forest Lawn, a Wednesday Ladies Night League at Baker and Thursday Night Tags at Thorncliffe. There's also a growing junior scene in Calgary for players under 18 years old.

Top 10 most popular disc golf course in the world