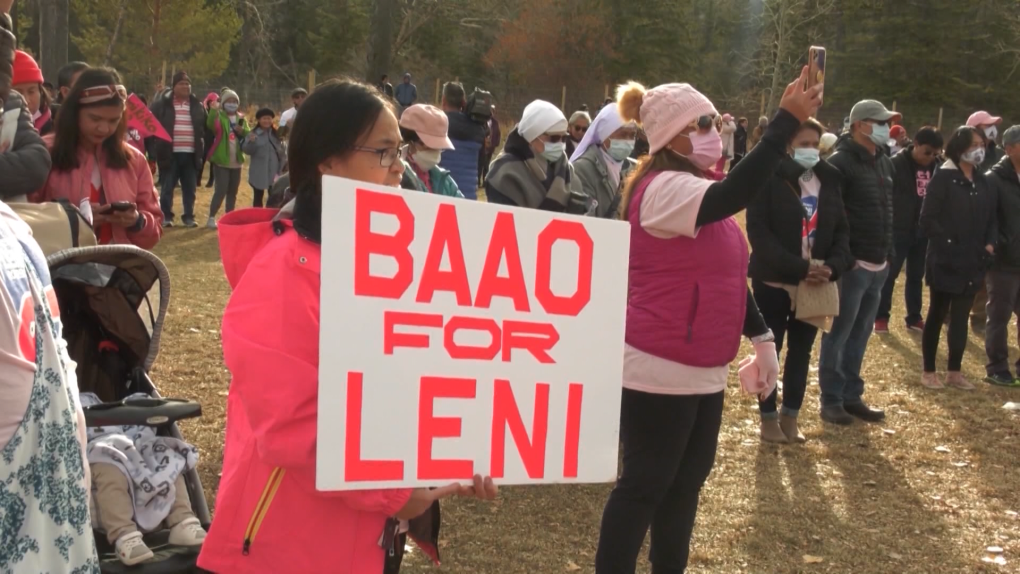 Rally to support Leni Robredo's bid to be the next president of the Philippines.
CALGARY -

Around 200 people from the Calgary Filipino community gathered at Bowness Park Sunday to support Leni Robredo’s bid to be president of the Philippines.

Robredo is currently the vice president of the Philippines. Her brother lives in Calgary and attended Sunday’s rally.

“The present government isn’t doing much for Filipinos,” said Antonio Gerona, Robredo’s brother. “She’s helped a lot of Filipinos, having a lot of programs independently with the support of volunteers and non-government companies.”

Filipino Canadians still have deep ties to their homeland and are unhappy with how the current government is handling the pandemic, according to Gerona.

“There’s a pending case in the ICC for human rights violation, there are issues with the pandemic are not properly addressed by the government,” said Gerona.

“At first I didn’t plan to do this, but people kept calling me to start a campaign here… I’m a bit surprised at that around 200 cars joined this caravan.”

Caravans were also held in Winnipeg, Vancouver and Toronto.