The Calgary Flames take on the Edmonton Oilers in Round 2 of the Stanley Cup playoffs, but if you're heading to the Red Mile to celebrate there are some key things you'll need to know.

The City of Calgary says 17th Avenue S.W. will be closed between Fourth Street S.W. and Fifth Street S.W. for approximately 30 minutes starting at 6 p.m. Wednesday for a performance by the Stampede Showband.

As such, city officials are advising anyone heading to the Scotiabank Saddledome to look up possible detours and expect traffic delays.

After each home game, the city says roads may temporarily be closed to "ensure everyone safely exits" the Saddledome and Red Lot.

"We encourage all Calgarians to stay off the road in order to stay safe and allow traffic to move," said a news release.

In general, the city is advising fans to leave extra time when travelling to and from playoff games, as the area will be congested.

Parking bans will be in effect along 17th Avenue between Macleod Trail and Ninth Street S.W. starting at 6 p.m. during both home and away playoff games.

Parking bans will also be in effect along 11th Avenue S.E. from First Street S.E. to Fifth Street S.E.

PRE-GAME ENTERTAINMENT ON THE RED MILE

The Calgary Stampede Showband will be performing a short pre-game performance on 17th Avenue S.W. on Wednesday, starting at Fifth Street S.W. at 6:10 p.m.

After performing, the showband will head to the Palace Theatre on Eighth Avenue S.W. for a performance at 6:45 p.m. 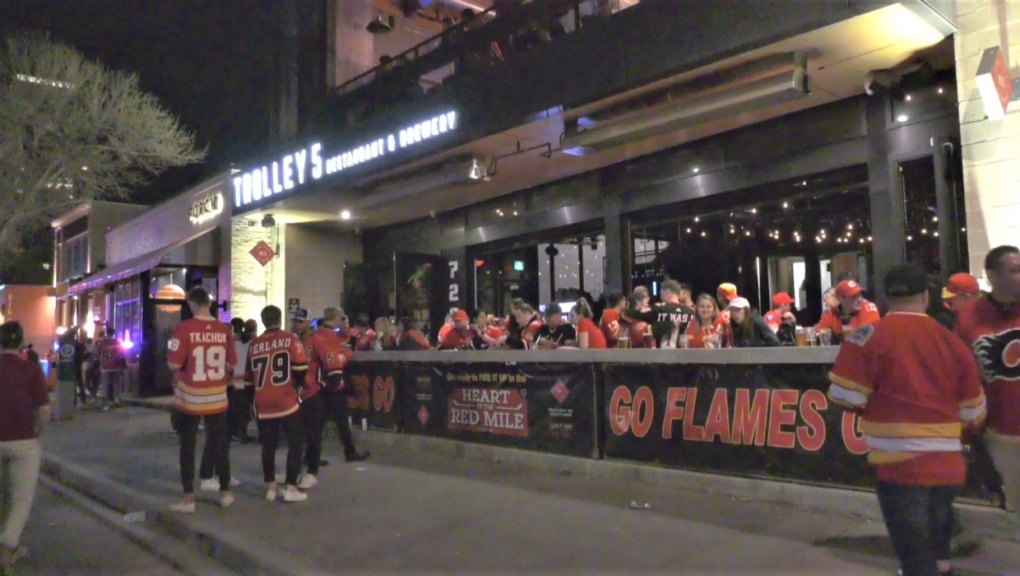 CALGARY POLICE ON THE RED MILE

The city says there will be additional Calgary Police Service officers and community peace officers on game nights to support safety on 17th Avenue.

In addition, the city’s 311 Operations Centre will be open 24 hours a day.

Alcohol is only permitted in licensed establishments and public consumption of cannabis is not allowed, said the city.

Though the City of Calgary is expanding its alcohol in parks program to include Tompkins Park (17th Avenue S.W. and Eighth Street S.W.) later this year, at this time booze is not permitted there.

The city is recommending that all scooter riders use the bike lanes on Fifth Street and 12th Street S.W. to help facilitate "the flow of traffic" and "enhance safety."

"We remind anyone taking Calgary Transit that provincial rules still require you to wear face coverings while riding with us," a Wednesday news release said.

After more than four months of ferocious fighting, Russia claimed a key victory: full control over one of the two provinces in Ukraine's eastern industrial heartland.

Firefighters in Northern California were battling a fresh wildfire that broke out Monday east of Sacramento at a recreation area packed with Fourth of July revelers and forced a number of evacuations.