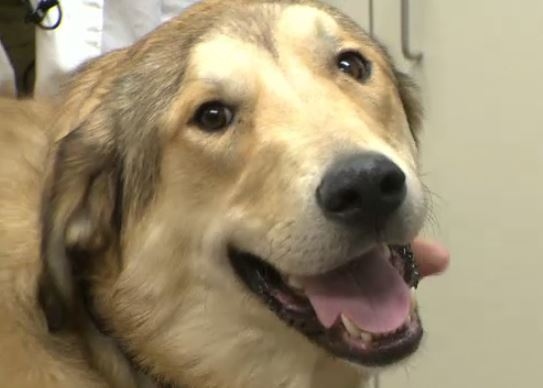 A researcher at the University of Calgary is calling for seniors' communities and affordable housing to become more inclusive for older adults and their pets.

Along with providing emotional support and other health benefits, pets can be a financial challenge for some senior owners, says Dr. Ann Toohey, a UCalgary researcher and adjunct assistant professor and manager of the Brenda Strafford Centre on Aging.

Not only can vet bills and grooming be expensive, walking a dog can be an overwhelming prospect, if not physically impossible in some cases due to mobility limitations, and some owners fear what will happen if they are forced to move to a non-pet-friendly residence or if their pet outlives them.

Part of Toohey's research has centred on a unique social service program called Pet Assist, which is delivered by the Calgary Seniors’ Resource Society.

The program sees a team of volunteers help disadvantaged and isolated seniors with pet care, which including anything from walking and administering medication, to driving an animal to the vet.

“There are increased barriers some older adults face with pets later in life and that brings up issues around ethics and social justice," said Toohey.

"We need to ask ourselves, ‘How can we promote social inclusion by giving our aging population the dignity of choice and the support they need to keep their pets later in life?’”

In order to protect their pets, some seniors will go so far as to not disclose their own declining health to doctor out of fear of losing their pet.

Others face increased anxiety about paying for pet food or pet bills.

Toohey is encouraging leaders, planners and architects to consider new ways to create more age-friendly communities that include better availability of appropriate housing and policy changes that are more socially inclusive to older adults and their pets.

“Pet Assist is a really important initiative because it not only provides social interactions, but keeps pet situations from getting out of control when an older person can no longer care for an animal on their own," said Toohey.

Another area of research is the use of robotic pets in care settings for people with dementia.

Toohey is currently leading an interdisciplinary research team looking into the ethical implications of introducing robotic pets as alternative companion animals for those who can’t care for a true pet.

While the research is in its early stages, Toohey says there has been growing interest in robotic pets during the COVID-19 pandemic.