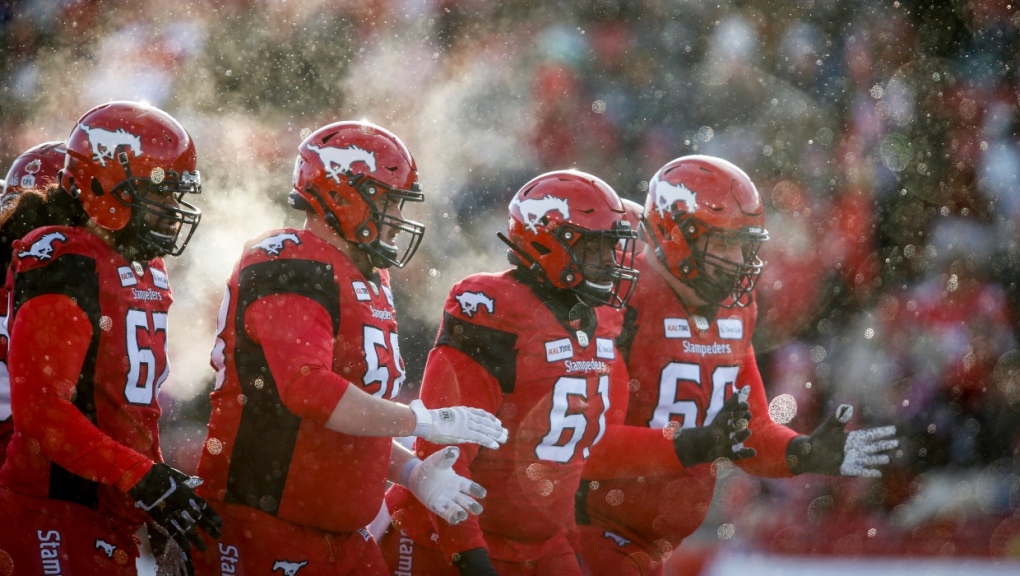 The six-foot-four, 311-pound Calgary native was slated to become a free agent next month.

Sceviour appeared in 11 regular-season games and a playoff contest last season at right guard for Calgary. He helped the Stampeders allow the second-fewest sacks (20) in the CFL in 2021

The Stampeders selected Sceviour in the first round, No. 8 overall, in the 2018 CFL draft out of the University of Calgary, He has started 29-of-30 career professional regular-season games.

The actions -- or more notably, the inaction -- of a school district police chief and other law enforcement officers has become the centre of the investigation into this week's shocking school shooting in Uvalde, Texas.

As Russia asserted progress in its goal of seizing the entirety of contested eastern Ukraine, President Vladimir Putin tried to shake European resolve Saturday to punish his country with sanctions and to keep supplying weapons that have supported Ukraine's defence.

Hydro Ottawa says the goal is to restore power to "the bulk" of homes and businesses by the end of the weekend as crews enter "the last phase" of restoration efforts.

A Hydro One spokesperson says some people living in remote parts of rural eastern Ontario could be waiting weeks to have power restored after last Saturday’s devastating and deadly storm.

New details are emerging after a 51-year-old Alberta man was arrested aboard a speedboat that U.S. authorities say was carrying 650 kilograms of methamphetamine between Washington state and British Columbia.