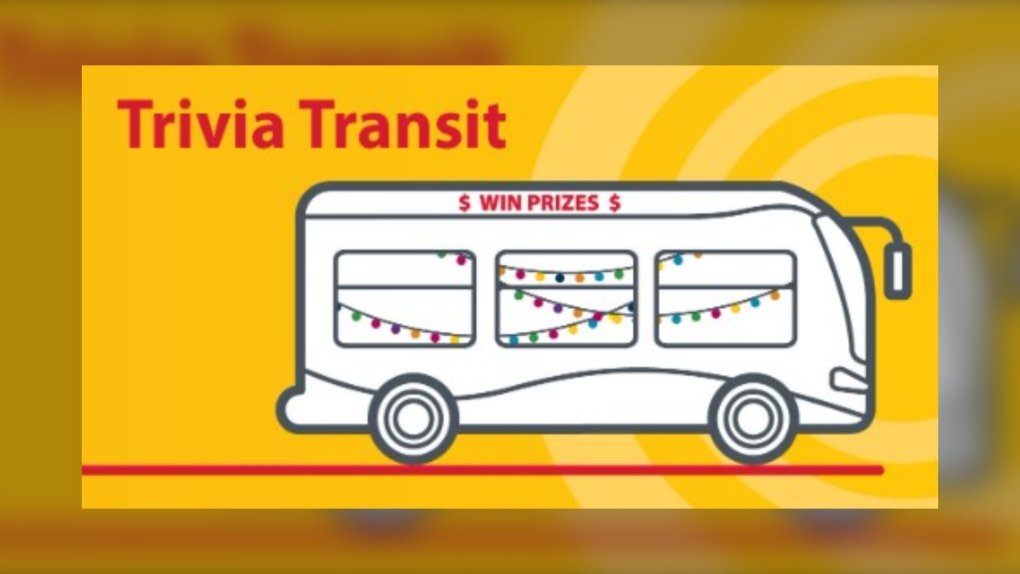 Calgary Transit is inviting commuters to test their trivia knowledge in a friendly competition on Wednesday.

Officials will be running a live trivia game show aboard a Trivia Transit bus at Saddletowne Station from 11 a.m. to 1 p.m.

Riders can hop aboard to compete against each other, and Calgary Transit says the more questions you answer correctly the better the prizes will be.

"Beyond the launch at Saddletowne Station, keep your eyes out for the mobile Trivia Transit bus throughout August — future route information will be posted to Twitter," said a Tuesday news release.

For more information, you can visit Calgary Transit's website.