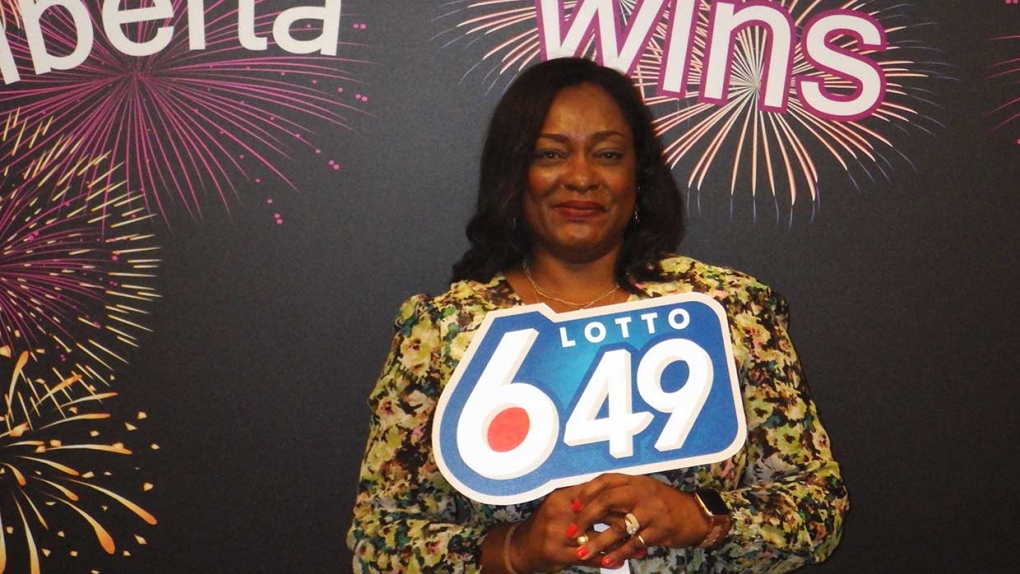 Thanks to having her numbers come up in a recent Lotto 6/49 draw, Calgary has a newly-minted millionaire.

That didn't initially generate much of a reaction from Abimbola Asala when she discovered her number matched the $1 million winning numbers of the May 22 Lotto 6/49 draw.

Asala quietly absorbed the good news, and carried on with what she was doing – scanning lottery tickets - just in case the news was too good to be true.

"I saw all these zeroes come up, but I think I was (also) in shock," she said. "I put the ($1 million winning) ticket to the side, and scanned my other tickets."

Once Asala finished scanning the other tickets – there were no other million dollar winners in the bunch – she phoned her husband to tell him what just happened.

"That's when I realized I had really won big!" she said.

Asala bought the winning ticket at the Shopper's Drug Mart at 11700 Sarcee Trail in northwest Calgary.

She said she intends to use the windfall to pay for her children's education, and to take her family on a vacation to Barcelona, Spain.

UPDATED | Election day 2021: Canadians to decide who will lead the country

After 36 days of parties campaigning for their votes, Canadians are making their voices heard, heading to the polls across 338 ridings to elect their next member of Parliament and ultimately determining who will form the next federal government at a pivotal time in the pandemic.

Where can I vote and what do I need to bring?

Follow the CTVNews.ca live blog for real-time updates, analysis and 2021 federal election results as they come in. We will also feature updates from the headquarters of every major federal party.