Calgary Zoo's premature king penguin chick 'out of the woods' 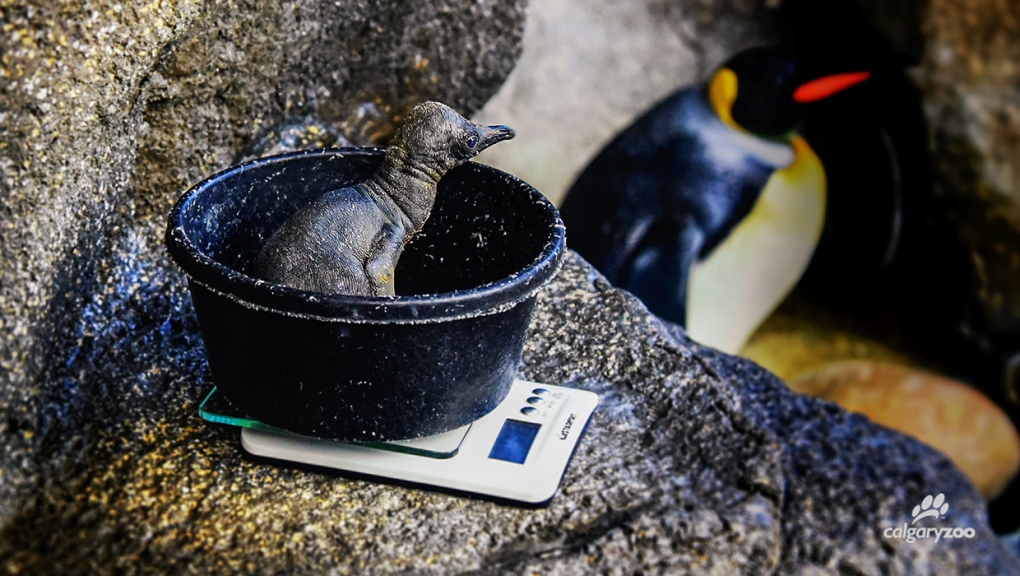 The unnamed penguin, gender yet to be revealed, was saved by zoo staff after its egg prematurely broke. The egg was patched together using pieces from a Humboldt penguin's egg from years earlier.

When the king penguin was unsuccessful in its attempt to break through its patchwork egg, staff intervened. The undersized chick was helped out of the egg and placed with a foster penguin mom.

By the second week of its life, the chick had gained 140 per cent of its body weight. The chick tilted the scales at 440 grams, raising optimism for its chances of survival. Zoo officials say the chick is officially "out of the woods".

The Calgary Zoo plans to hold a gender reveal of the chick in the coming weeks.