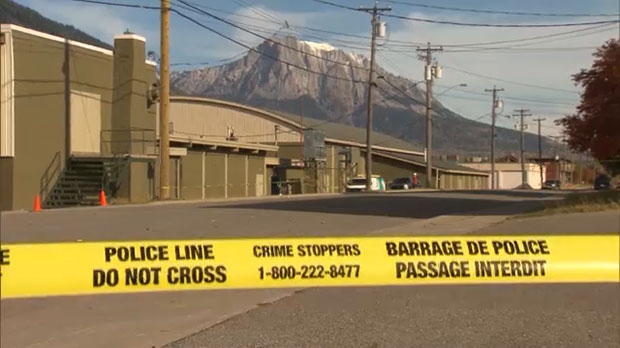 The Fernie Memorial Arena was closed on October 17, 2017, after three men died from exposure to anhydrous ammonia that leaked from the building's cooling system.

CALGARY – The deaths of three men at the Fernie Memorial Arena following an ammonia release in the summer of 2017 has prompted calls to replace aging ice chilling systems at rinks across British Columbia.

Technical Safety BC officials say the need for safety enhancements remains in place in order to reduce the potential for ammonia releases in refrigeration systems. The organization continues its effort to raise awareness to the risks aging equipment present.

"An ammonia leak from refrigeration systems has the potential to cause injury or even death to employees, emergency response personnel, members of the public using the facilities, and those living in the nearby area," said Catherine Roome, Technical Safety BC's president and CEO, in a statement released Thursday. "It is critical to understand the hazards, have qualified employees in place to deal with this complex equipment, and be aware of the risks presented by aging equipment."

Allan Hornquist, Lloyd Smoth and Jason Podloski were maintaining the cooling system at the Fernie Memorial Arena on October 17, 2017 when they were killed by a leak of anhydrous ammonia. Technical Safety BC investigated the fatal incident and released a report of its findings that included 18 recommendations to reduce the likelihood of future ammonia leaks.

According to Roome, a number of municipalities have already assessed and replaced aging equipment in their public arenas and rinks. "We encourage those entrusted with making decisions around repairing or replacing equipment to demonstrate safety leadership, understanding that these decisions must not be driven only by financial concerns by the potential impact of a leak."