Warning: This story contains images some might find disturbing.

April 26 is a day Tracey Tell will never forget.

The Okotoks, Alta. woman was coming home from her lunch break when she discovered that a man renting her basement suite had died.

“I was mortified, I was horrified, and I was so sad,” Tell said, holding back tears. “This man was just steps from us and he didn’t reach out for any help.”

Tell says her husband Robert first heard the shower in the basement go on at about 10 a.m. that morning, but the water was still running two hours later.

“My husband rushed downstairs to see what had happened and found him collapsed in the shower so we called 911,” she said. “My husband gave him CPR until paramedics arrived, but unfortunately he was pronounced dead.”

Emergency officials confirmed to CTV News that the man died inside the home and the scene was left in care of RCMP. An exact cause of death is not known, but no criminal charges were laid, no foul play was suspected and the investigation is now closed.

However, due to the man collapsing in the shower and covering the drain, water and blood began to spill over and the entire basement began to flood, causing significant damage. Tell said all the drywall 60 centimetres up from the floor was covered in water.

The presence of blood also meant the entire area was considered a biohazard. 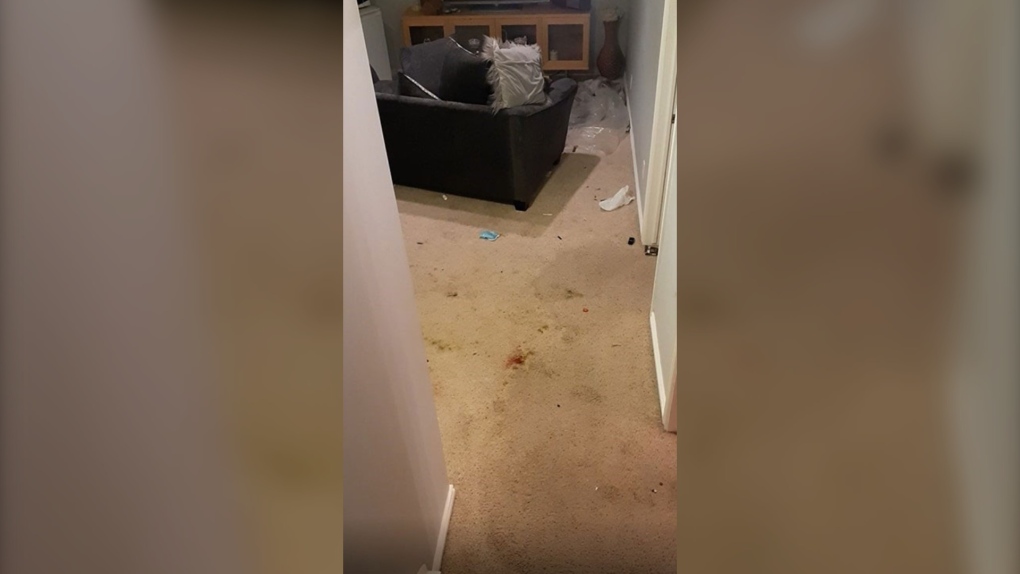 The Tell family said they immediately contacted Airbnb, which they said was supposed to be getting in touch with them to get the basement cleaned, but said they didn't hear back for several days.

Instead, the family said they contacted a professional restoration company and paid out of pocket to get their home sanitized in a timely manner.

“We had a team come in the next day and they wore hazmat suits,” Tell said. “They set up a tunnel from my basement out through my garage, took everything out in seal bags into a skip that was on my driveway and it took three days to remove everything from the basement.”

Damages to the basement were estimated at $54,778, according to quotes the family received from builders and restoration companies. 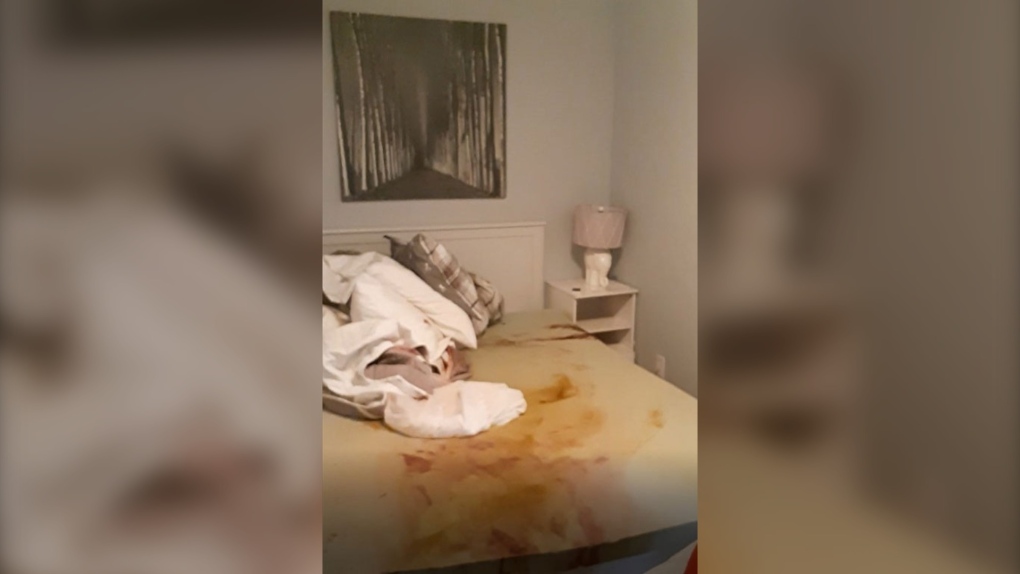 The family said they then contacted their home insurance provider, which was already aware that they were renting out their basement. They said the insurance company told them since they were renting the home at the time that everything is fully covered under Airbnb's Host Guarantee program.

In an email, Airbnb gave the Tell family 14 days to submit all photographs, the cost of repairs and each item damaged. The family said the offers they received back from the company did not cover everything.

According to the exchange, Airbnb gave the Tells a first offer on June 10 of $49,320 and a second offer on June 18 of $52,471. The family declined both offers because not all damages were covered.

The Tell family was given the ultimatum of accepting either offer within 48 hours.

A follow-up email was sent to the family on June 22 from Airbnb, which read, “to expedite the claim please let us know the value you are looking for so we can determine whether or not this will be obtainable.”

The Tell family once again requested the amount of the restoration quote of $54,778.

Three weeks later, on July 14, they received an email from Airbnb, which offered them a new settlement valued at $17,840, approximately one-quarter of the June 18 offer.

“We were absolutely shocked,” Tell said. “The Airbnb adjuster decided that because they couldn't see the water damage in the basement in certain areas that two-thirds too much work was done, so he was going take off two-thirds of what he deemed was the amount he should have paid us.”

Airbnb's Host Guarantee itself is not an insurance policy, but is instead an internal program automatically applied to properties rented through the site.

According to the company’s website, it covers hosts up to USD$1 million for:

The program doesn’t protect against theft of cash and securities, damage from ordinary wear and tear or bodily injury to guests or others.

A statement from Airbnb to CTV News said:

In an email obtained by CTV News, the Airbnb adjuster from Crawford & Co. said flat depreciation costs of five per cent were applied to repairs and damaged contents in Airbnb claims.

With depreciation, the claims are settled in actual cash value and not replacement costs, which led to the June 18 offer of $52,471.

However, Airbnb was not able to confirm with CTV News why the third and most recent offer of $17,840 was made on July 14.

In the months following the incident, Tell said her life has been turned upside down and even the sight of her basement puts her in tears.

The Okotoks mother added she feels traumatized and has taken several days off work for counselling to cope.

“I'm not sleeping, I have a lot of pain in my body, and stress and pain don't go together well, so I’ve not been doing too well to be honest,” Tell said.

“I've had people contact me to stay in my Airbnb, who stayed with me previously, and I've had to turn them down."

Tell added her family and friends have been extremely supportive over the past few months.

Sandi Scott, who has been Tell’s close friend for the last few years, has seen first-hand the impact the situation has had.

“Tracey really didn't even have any compassion from Airbnb,” Scott said.

“You would expect some kind of customer service, you'd expect someone to say, ‘Let's make this a priority because this is an extreme situation.’”

'KNOW BEFORE YOU RENT': INSURANCE EXPERT

Experts who frequently handle insurance claims note that home renters must always be aware of the policy they have with their provider and be aware of third-party coverage programs.

“I think the main thing is just to be transparent with your insurance carrier,” said the office manager of Alport Insurance, Meaghan Dolan.

Dolan added insurance providers are receptive to Airbnb because they offer a home guarantee protection if something happens, but certain items may not be covered.

“Tell your insurance company and they might say okay that's fine, but there's going to be an exclusion on your policy for vandalism by tenants for example, so any type of damage or theft caused by any tenant is not going to be covered under your policy,” she said.

“So, again depending on the insurance company you’re with, they might not offer you an all-risk policy if you’re renting out your home.”

So far, Airbnb has not paid anything to the Tell family in terms of compensation for the damages. At this point, they say they are on the hook for the full cost of the renovation company.

Tell said she has reached out again to the company and is waiting for a response.

Two Canadians detained in late 2019 who were allowed to return to Canada in a prisoner swap were released on bail for health reasons, China's Foreign Ministry said Monday. A ministry spokesperson made the comment as Beijing sought to downplay the connection between their release and the return to China of a long-detained executive of Huawei Technologies.