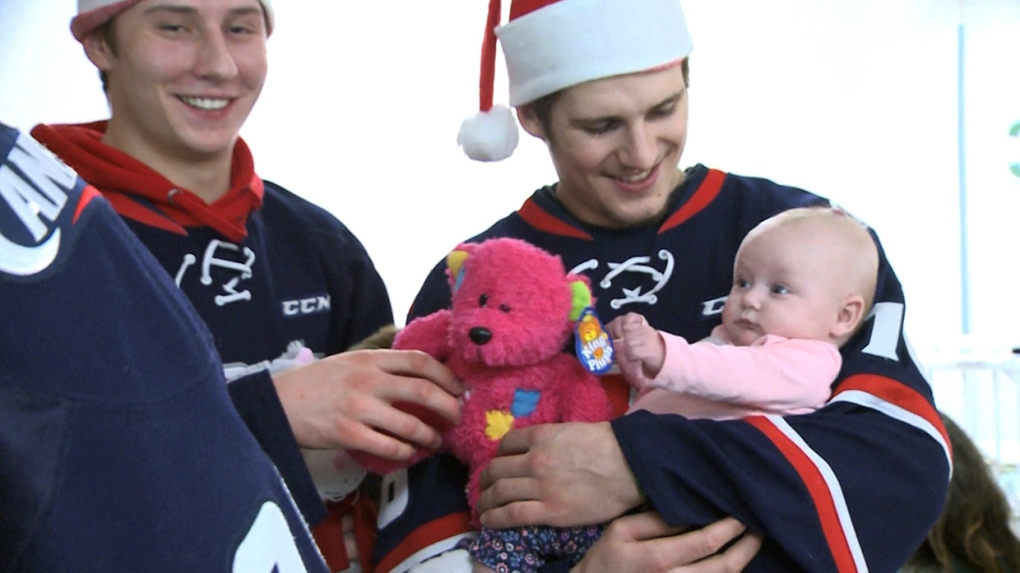 The event usually brings in around 3,500 bears and stuffies, but demand during the pandemic has increased. This year, the team is hoping to have 4,500 teddy's and 1,000 toque's thrown onto the ice after the first goal.
LETHBRIDGE, Alta. -

It's been two years since the Lethbridge Hurricanes held their 'Toque and Teddy Toss' due to the COVID-19 pandemic.

Fortunately, the Hurricanes will be showered with fur tomorrow night at the event's 25th annual game against the Brandon Wheat Kings.

However, the lack of last years toss has had a major impact on local community groups.

"This year we need a lot more donations than we've had in the past with not having had the game for two years," said Dustin Forbes, the Hurricanes broadcast and communications manager.

The event usually brings in around 3,500 bears and stuffies, but demand during the pandemic has increased. 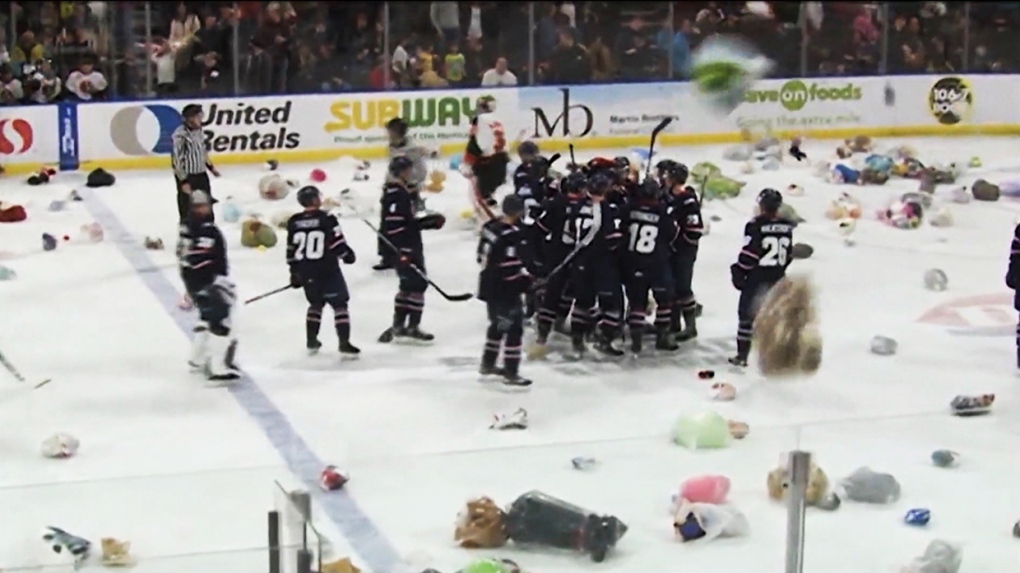 The event usually brings in around 3,500 bears and stuffies, but demand during the pandemic has increased. This year, the team is hoping to have 4,500 teddy's and 1,000 toque's thrown onto the ice after the first goal.

"The teddy bear toss allows us to provide a comfort item to every patient admitted to pediatrics,' said Brandi Emes, a child life specialist at CHR.

"Last year, because of pandemic restrictions, the Teddy Bear Toss was not able to go ahead and that means we are down to our last 50 bears – so this year’s game will support us in a much-needed restock."

A large portion also goes to the Blood Tribe Police and Emergency Services to help calm down children in times of crisis.

"The little teddy bear can help break the ice for that young person and take some of the trauma off of that event," said Brian Harmatiuk, acting inspector for the Blood Tribe Police.

"It kind of brings a lump to your throat seeing these kids just holding onto that bear."

The toque and teddy toss is also a great way to kick off the season of giving according to the Lethbridge Food Bank.

"We find a lot of citizens come out here and start donating to the food bank right after the teddy bear toss, even though it doesn't have food donations," said the food bank's executive director, Mac Nichol.

"They see the need in the community and it kind of puts a little bit of a fire under them to get helping their community again."

With the night quickly approaching, they Hurricanes say they can bear-ly wait to get it underway.

"We're really looking forward to it."

They're asking that all toques and teddys be put in clear, plastic bags to keep them clean when they hit the ice.

The puck drops for tomorrow night's match against the Wheat Kings at seven there's still lots of tickets available.

You can get yours at both Canadian Tire locations, online or at the Enmax Centre.