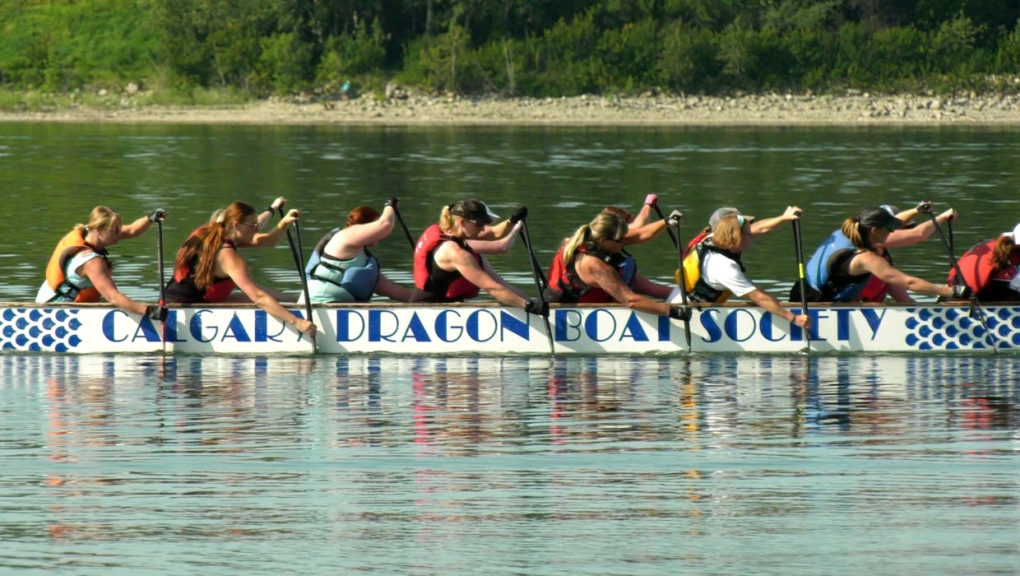 The Society tests one of the new dragon boats on Glenmore Reservoir.

A new fleet of dragon boats have launched less than a week ahead of Calgary Dragon Boat Society’s race and festival.

The addition of five new boats to the Society’s existing fleet will allow for more teams and recovery groups at its annual event.

“That really helps our festival because it makes us totally self sufficient, we’re not reliant on anyone else, we can just do our own thing,” said Shane Martin with the Calgary Dragon Boat Society.

He added they previously had to rent boats and there are very few businesses that offer the 12-metre-long watercraft in Western Canada.

The group raised funds and the Parks Foundation Calgary provided a grant to help purchase the new boats.

60 teams will be competing in races on the Glenmore Reservoir.

The free event also includes entertainment and a beer garden.

You can learn more about the upcoming event and the society itself online.