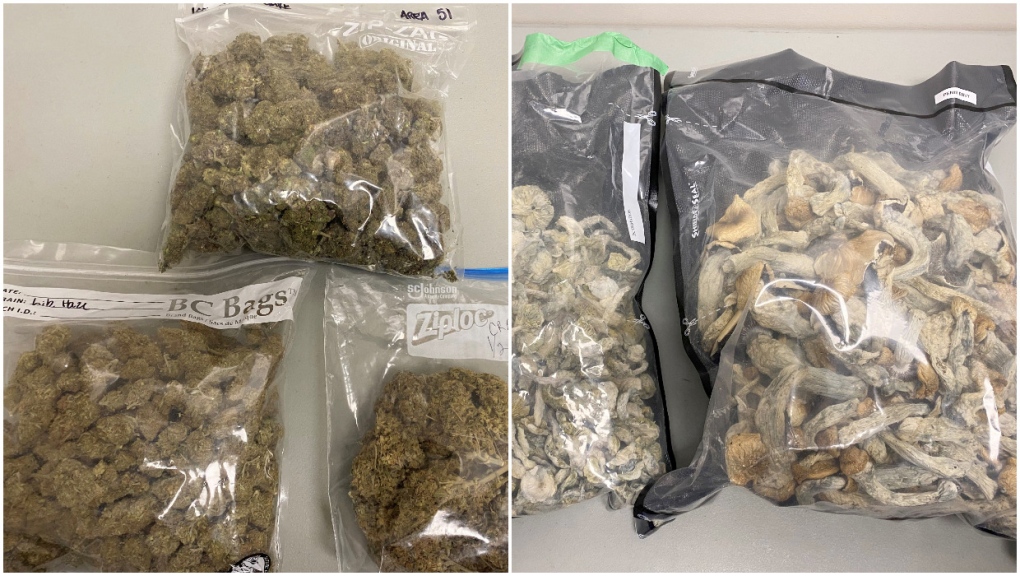 Members of the Blood Tribe Police Service in southern Alberta seized more than two kilograms of cannabis and 800 grams of psilocybin – also known as magic mushrooms -- from an illegal store this week.

The bust happened Tuesday in the community of Moses Lake, just north of Cardston after complaints from the public about illegal sales of cannabis.

Police seized a total of 2.013 kilograms of cannabis and 838 grams of psilocybin, along with cannabis edibles and other products – worth an estimated $60,000. A total of $14,647 in cash was also seized.

A 53-year-old man and a 47-year-old woman, both from the Blood Tribe, were arrested at the scene and police say charges are pending.

"Blood Tribe Police would like to remind the public that the marketing and sale of cannabis and alcohol are strictly prohibited on the Blood Tribe," read a release.