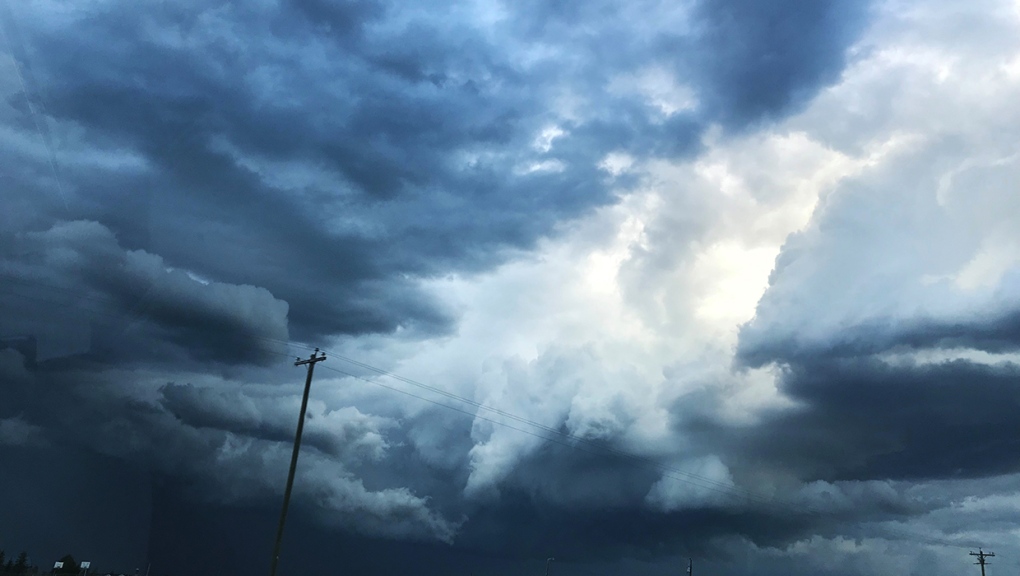 Around 9 p.m. Environment Canada ended a tornado warning for the Brooks area, downgrading it to a severe thunderstorm warning and tornado watch.

Earlier, at 8:26 pm., they issued a tornado warning for the Brooks-Vulcan-Strathmore area.

"Doppler radar indicates a potential tornado near Namaka and moving to the northeast at 40 km/h. Communities in the path include: Standard and Gleichen.

"Tornado warnings are issued when imminent or occurring thunderstorms are likely to produce or are producing tornadoes."

At 8:42 p.m. Environment Canada ended the tornado warning for Siksika and parts of Wheatland Co.

As of 8:08 p.m. tornado watches were in effect for the following communities:

Additionally, at 8:23 p.m. the agency posted on its website that "Environment Canada meteorologists are tracking a severe thunderstorm capable of producing very strong wind gusts, up to nickel size hail and heavy rain.

"This severe thunderstorm moving into southwest Calgary and is moving to the northeast at 40 km/h.

"Large hail can damage property and cause injury," it said.

An Iranian government official denied on Monday that Tehran was involved in the assault on author Salman Rushdie, though he justified the stabbing in remarks that represented the Islamic Republic's first public comments on the attack.