Alberta's health care professionals are urging residents to protect themselves after an-especially nasty start to the flu season.

Issues with staffing and limited capacity have put the strain on emergency facilities, which is ramping up the influenza pressure.

"Care is being delayed just by the nature of the volume we're seeing," Dr. Neeja Bakshi told CTV News. "And with (the flu), the symptoms that we're seeing are a lot more severe than before. A lot more fatigue, more cough, more fever."

Alberta Health announced Thursday that six people have recently died from influenza, including a four-year-old child.

Case numbers are up 134 per cent week over week.

And those problems are compounded thanks to a tired system.

Staff at Calgary's Alberta Children’s Hospital say even seriously sick kids are waiting up to four hours to be triaged, with a packed emergency department and lineups sometimes stretching out the door.

And new ICU patients in Red Deer are currently being diverted to facilities in Calgary or Edmonton because the Red Deer Regional Hospital Centre ICU is full.

The spillover effect is expected to be a tricky one.

"I certainly wouldn't want to dissuade people from coming to the hospital if they need it, but I think it's important to utilize every resource that you have, if possible," Bakshi said. "So if you've got a family physician or pediatrician, if you've got access to urgent care centers, utilize those resources if it's not an emergency first, and then come in to emergency when you don't have any other choices."

There's something else likely leading to the patient rush. 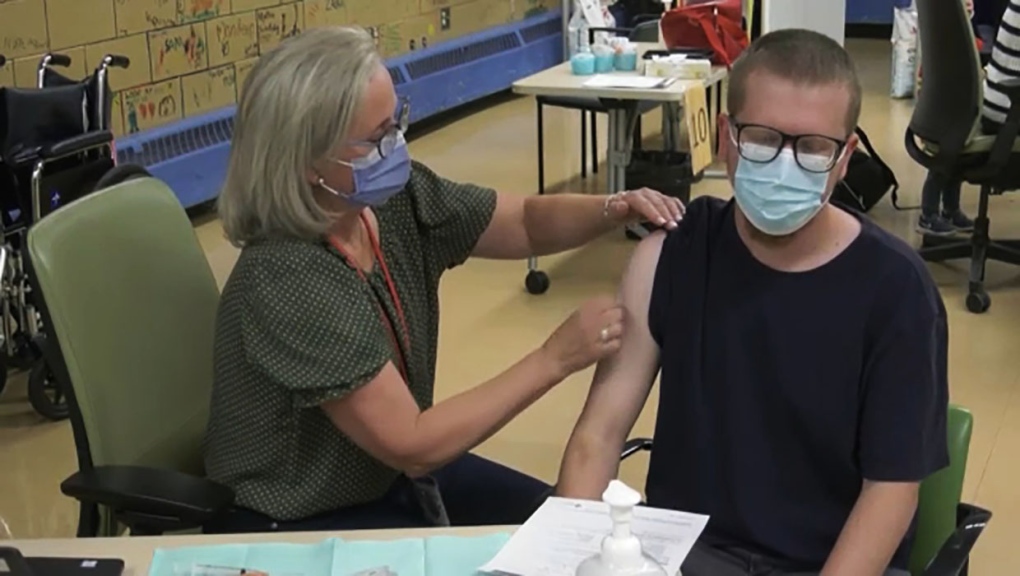 Fewer people are getting a flu shot in Calgary this year

Flu shots have been available for about a month, but they don't seem to be in high demand.

Only 17.6 per cent of Albertans have been immunized against influenza. Last year at this point, that number was 20.1 per cent.

At the time, that number was considered low.

"I've really noticed that there is a slower uptake this year," SRX pharmacy manager Angela Tang said. "We've just been bombarded by immunizations and people are feeling burnt out by it."

But regardless of the vaccine fatigue, professionals say the small shot could make a large difference: so it's worth it.

Data out of Australia -- where influenza arrives first -- is suggesting Canada could experience a later flu peak this year. That could mean another two or three months of high case numbers and overwhelmed hospitals.