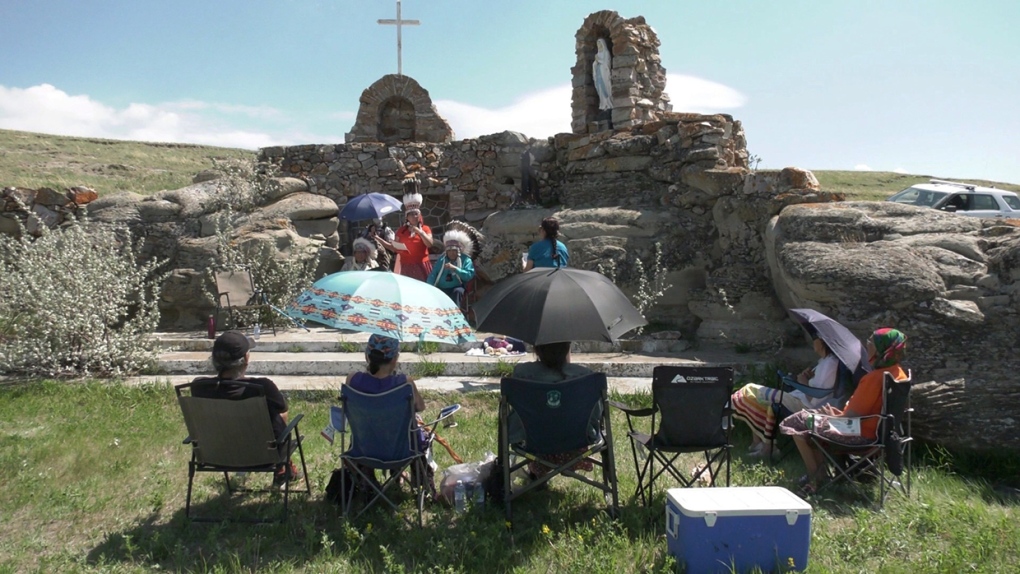 Piikani Nation family member Leander Strikes With A Gun said the mental, emotional, spiritual and physical wounds were brought back to the surface by the shocking discovery of the remains of 215 children at the Kamloops Indian Residential School.

LETHBRIDGE, ALTA. -- A family on the Piikani Nation is seeking answers about the death of their aunt, who died 84 years ago while attending a residential school on the reserve.

Piikani elder and residential school survivor Leander Strikes With A Gun said the mental, emotional, spiritual and physical wounds were brought back to the surface by the shocking discovery of the remains of 215 children at the Kamloops Indian Residential School. 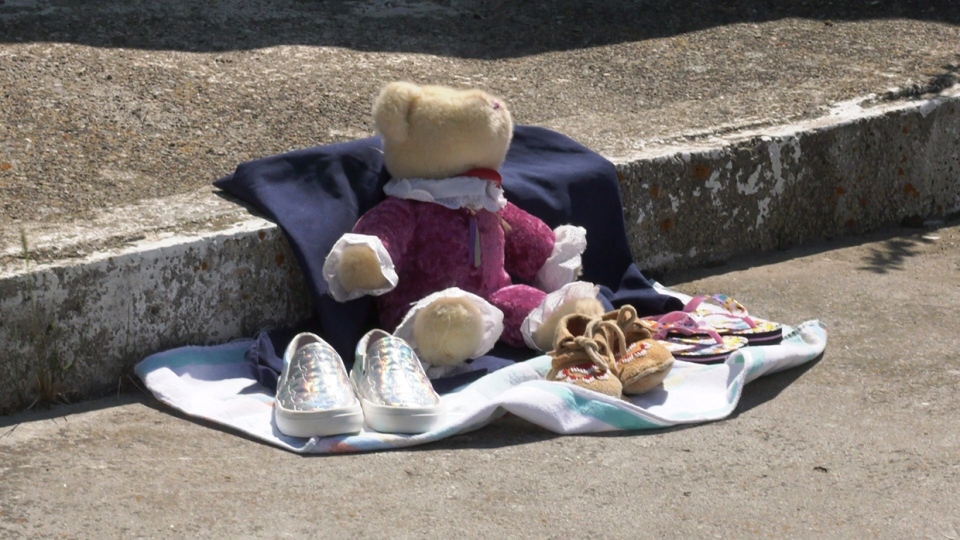 “The immediate thought was, what happened to these children also happened to me,” said Strikes With A Gun. “And I started thinking of my little aunt.”

“My mother said her little sister was killed at the residential school,” added Gayle Strikes With A Gun, a former Chief of the Piikani Nation.

Gayle’s mother, Cecile Little Leaf - Strikes With A Gun passed away in 1981, still haunted by the death of her sister Josephine in 1937, less than a year after the two little girls were taken from their family and placed in the Sacred Heart Residential School near Brocket, operated by the Roman Catholic Church. 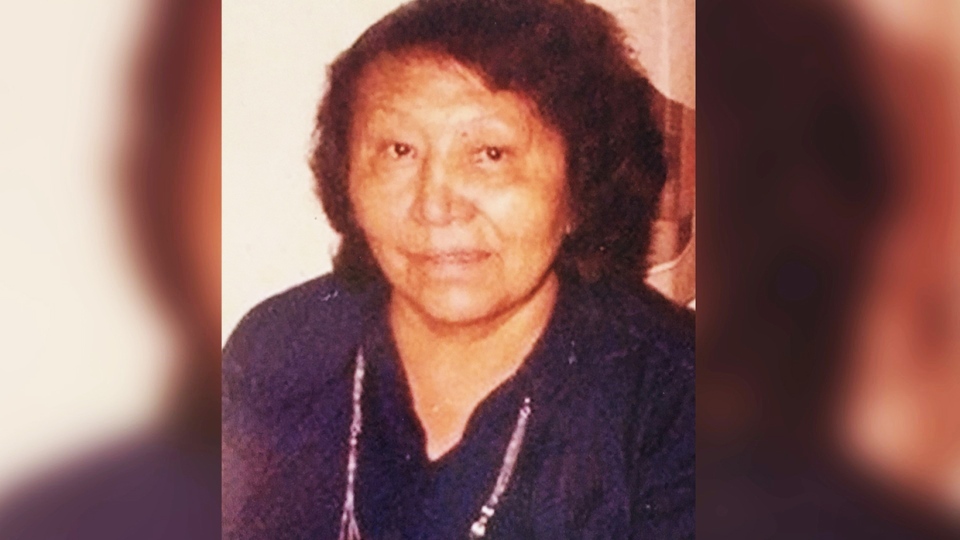 “She was only four-years old. My mother was only five-years old,” said Gayle.

Gayle said there was no funeral, no opportunity to grieve, and for her mother, who was the older sister, there was no closure.

‘Every opportunity she came down to look for the grave,” added Strikes With A Gun.

“It was very heartbreaking over the years to see that, and to live it.”

“I heard her cry too many times over her sister,” said Leander, who now understands the emotional pain and hurt that his mother went through over all those years.

“There was nothing for her, at that young age, to help her mentally.”

Counting their grandparents, the Strikes With A Gun family represents six generations who were impacted by the trauma of Canada’s residential school system. 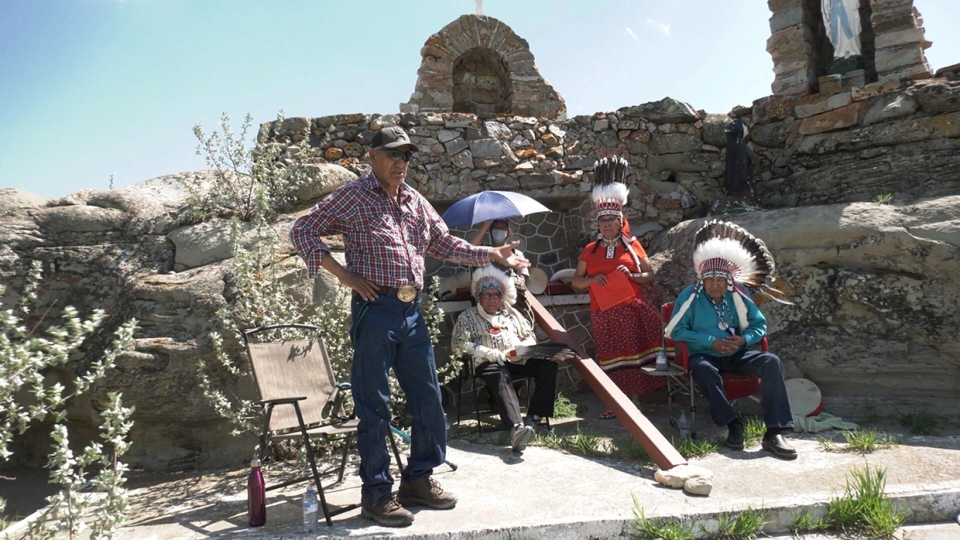 Gayle’s 91-year old father, Mark Strikes With A Gun, and his younger brother Peter (former Piikani Chief) were forcibly taken from their loving parents Miikapi and Staahtayohtowa and placed in residential schools.

This week, family members gathered at the Grotto overlooking the former residential school site and the nearby graveyard.

On the ground, they placed tiny shoes and moccasins in memory of their aunt.

Gayle said even though they never met her, they knew of her.

“All these years, she has lived on in our hearts,” said Gayle.

“To us she was still a baby. She was loved and missed dearly.” 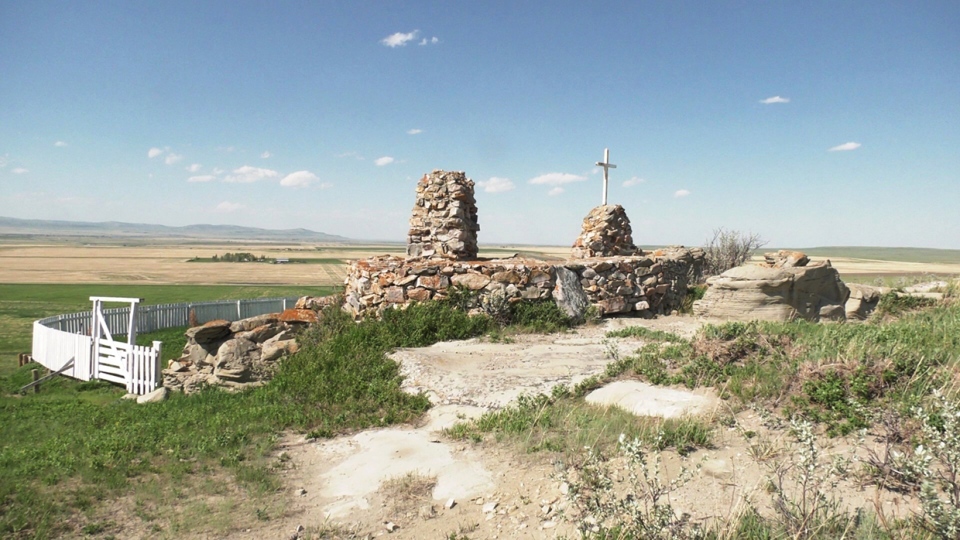 The family is seeking an investigation into the little girl’s death, adding their needs to be accountability for their aunt, for the children of Kamloops, and for other children across Canada, who never returned home from residential schools.

“Many of the stories are so heartbreaking,” added Gayle. “But they need to be told. The larger society needs to know what went on.”

Piikani Prevention Counselling Services will be holding a memorial and tribute Monday at 11 a.m. to honour the children buried at the Kamloops Residential School.

Organizers are building a cross, and will place flowers and shoes at the memorial site outside the Prevention Counselling Services office in Brocket.