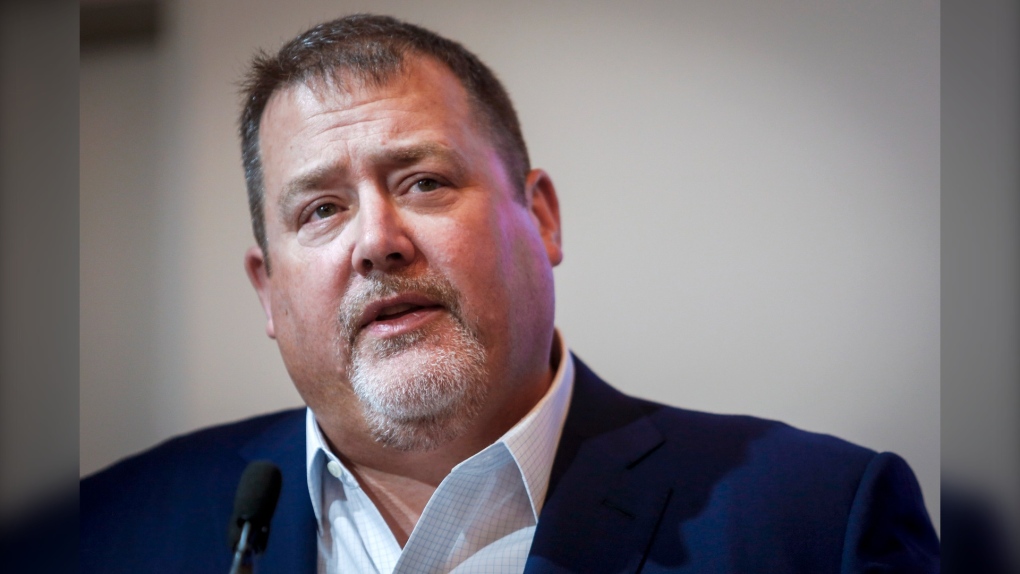 On a conference call with analysts, Alex Pourbaix said industry will need “more help” from both the federal government and the government of Alberta in order to go ahead with large-scale carbon capture and storage projects like the one proposed by the Oil Sands Pathways to Net Zero consortium.

That group — of which Cenovus is a member, along with Canadian Natural Resources Ltd., ConocoPhillips, Imperial Oil Ltd., MEG Energy Corp., and Suncor Energy Inc. — has proposed to work together on a project that would capture CO2 from oilsands facilities and transport it to a storage facility near Cold Lake, Alta, delivering about 10 million tonnes of emissions reductions per year from oilsands production.

But while Pourbaix said the recently unveiled federal tax credit for companies investing in carbon capture projects is a good start, companies need to be certain there will be additional government money over the long-term to help with building and operating the expensive technology.

“These are multibillion-dollar projects. And we have to have certainty that they are investable, and that we can manage those investments over the entire commodity price cycle,” Pourbaix said.

“I suspect, over the long term, much as we've seen in other jurisdictions, we're going to require a real collaboration.”

Proponents say a large-scale rollout of carbon capture and storage technology will be necessary if Canada is to meet its climate goals. According to environmental think tank the Pembina Institute, capturing and storing CO2 from oilsands facilities, refineries and gas plants could reduce Canada's emissions by 15 million tonnes by 2030.

There are only a handful of carbon capture projects up and running in Canada right now, but the federal government is trying to kick-start oil producers to take action through a tax credit incentive announced in the most recent federal budget.

But Pourbaix said in some parts of the world, governments have provided up to 60 or 70 per cent of the capital costs of new carbon capture projects, in addition to providing operating support. He said the Pathways alliance will need more detail about what kind of additional support to expect before it can make a final investment decision.

Pourbaix made the comments the same day Cenovus announced a first-quarter profit of $1.6 billion, or 81 cent per share, compared with a profit of $220 million or 10 cents per share in the first quarter of 2021. Revenue totalled $16.2 billion, up from $9.3 billion in the same quarter last year.

Canadian oilsands producers have been posting huge profits and record cash flows against the backdrop of the war in Ukraine, post-pandemic economic recovery, and soaring global energy demand.

But Pourbaix pointed out that oil prices are cyclical, and the industry has only very recently emerged from years of depressed prices. He said when it comes to the construction of the proposed carbon capture and storage transportation line, current oil prices shouldn't be banked on.

“Oil prices right now are obviously very attractive, but we know probably before that project is ever in service, we'll probably test the bottom end of those prices again,” he said. “So we really have to look at this over the long term.”

In its guidance, the company raised its expected capital spending for 2022 by $300 million to a range of $2.9 billion to $3.3 billion due to increased costs at its Superior Refinery rebuild.

This report by The Canadian Press was first published April 27, 2022

About half of Americans say Trump should be charged for U.S. Capitol riot: poll

About half of Americans believe former U.S. President Donald Trump should be charged with a crime for his role in the U.S. Capitol attack on Jan. 6, 2021, a new poll shows.

'We cannot pause our lives': Ukrainians begin rebuilding amid war with Russia

Ukrainians are gradually returning to life a few months after Russian troops retreated from the northern Chernihiv region. Now, people are repairing homes, and the sound of construction tools fills the air. Volunteers from all over Ukraine, and from other countries, are coming to help because there is so much to do before another winter approaches.

Migrants who died in trailer tragedy were seeking better lives

As families of the 67 people packed into a tractor-trailer and abandoned on Monday in Texas began to confirm their worst fears and talk of their relatives, a common narrative of pursuing a better life took shape from Honduras to Mexico.