Fentanyl, cocaine and stolen handguns seized during drug bust in Olds and Sundre

Fentanyl, cocaine and stolen handguns seized during drug bust in Olds and Sundre 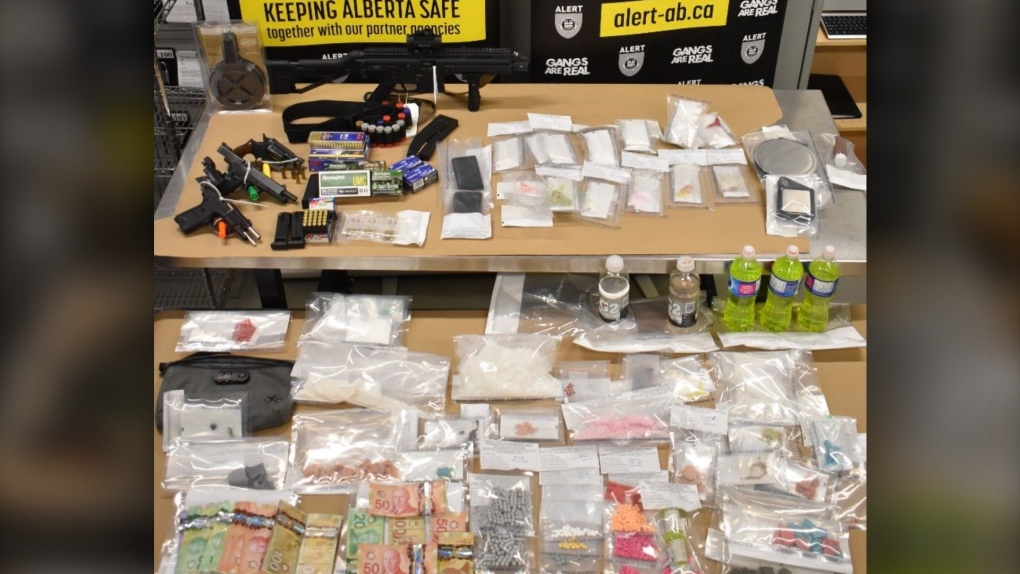 Guns, drugs and cash seized during the search of two homes and two vehicles in Olds and Sundre on Nov. 24. (ALERT)

An accused drug dealer faces 19 charges after more than $100,000 in illicit drugs was seized during recent searches of two homes and two vehicles in two southern Alberta towns.

Alberta Law Enforcement Response Teams (ALERT) officials say the investigation into suspected drug trafficking in the towns of Olds and Sundre began in September and culminated in the searches of the houses and vehicles in late November.

The searches resulted in the seizure of:

Eric Becker, 33, was arrested and charged in connection with the investigation.

Becker was the subject of a separate ALERT investigation in February and ALERT officials say the "repeat offender" has a lifetime ban on having firearms.

The accused was scheduled to appear in Didsbury provincial court on Monday.

Over $100,000 worth of drugs has been seized from a central Alberta community and a suspected drug dealer is facing 19 charges following a two-month investigation. Read more: https://t.co/ythxfDReq9 pic.twitter.com/AnfgprHFWl