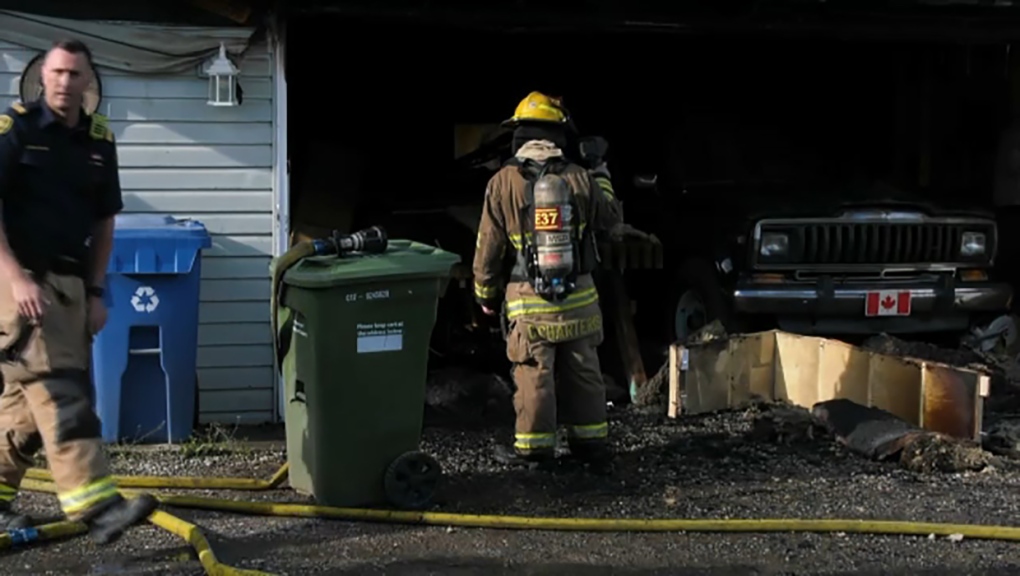 Fire crews arrived to discover smoke and flames coming from the garage, a Calgary Fire spokesperson said. They quickly put down the fire.