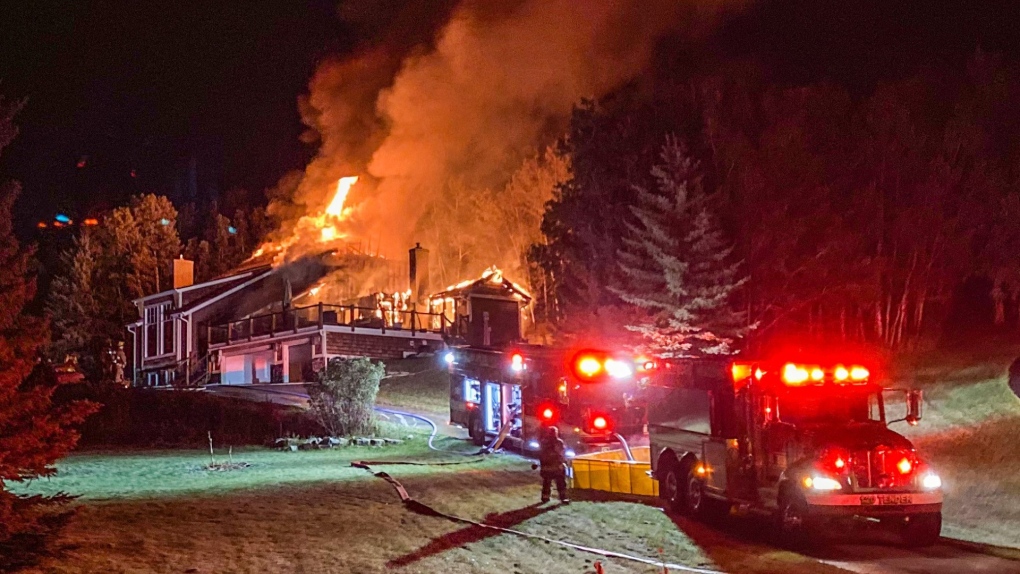 Redwood Meadows and Rocky View County firefighters responded after fire broke out Thursday morning at a home near Bragg Creek.

Crews responded to a property on Wild Rose Close, west of the Elbow River, at around 5 a.m. following reports of a fire.

"It was a working fire for quite some time and now it's in the process of almost being under control at this time," Weckesser told CTV News shortly before 8 a.m. "All the occupants of the house are out and are safe and are being looked after now by neighbours."

There have been no reports of injuries and the cause of the fire has not been confirmed.

Redwood Meadows fire officials confirm the home will be "a total loss" and say their "thoughts go out to the family affected this morning."

According to Weckesser, the rural location offered additional challenges.

"In rural firefighting we have to make due because we don't have a hydrant on every corner. What we're doing right now is we're drafting out of this pond behind us and we have two dry hydrants there," he said. "We're nursing the engine and we have a tender shuttle set up at the same time."

Hostage negotiation experts say time is the greatest issue facing the FBI and government officials in rescuing 17 members of a U.S.-based missionary group, including one Canadian, who were kidnapped over the weekend by a violent gang in Haiti.