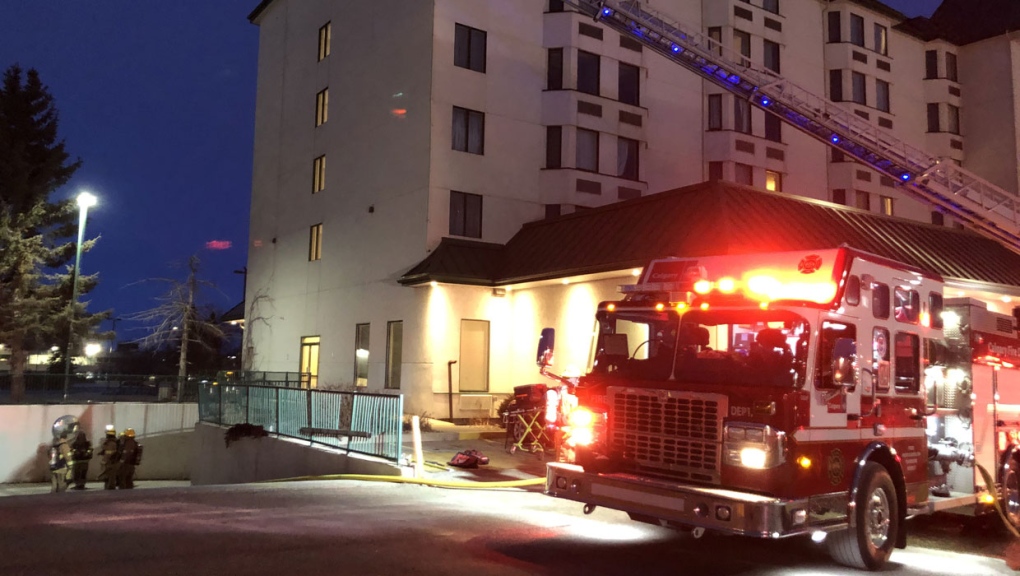 A fire, found in the parkade at a northeast Calgary hotel, was quickly brought under control by the Calgary Fire Department.

The Calgary Fire Department responded to the scene of a fire at a hotel in northeast Calgary Saturday morning.

The fire was found in the parkade of the building, but crews evacuated the hotel as a precaution.

A Calgary Transit bus was brought in to provide shelter.

Officials say some surplus furniture kept in a storage area was the source of the fire, but it's not clear how it started in the first place.

No one was hurt and there was little damage to the hotel.

Guests were allowed back into their rooms two hours after fire crews cleared the scene.