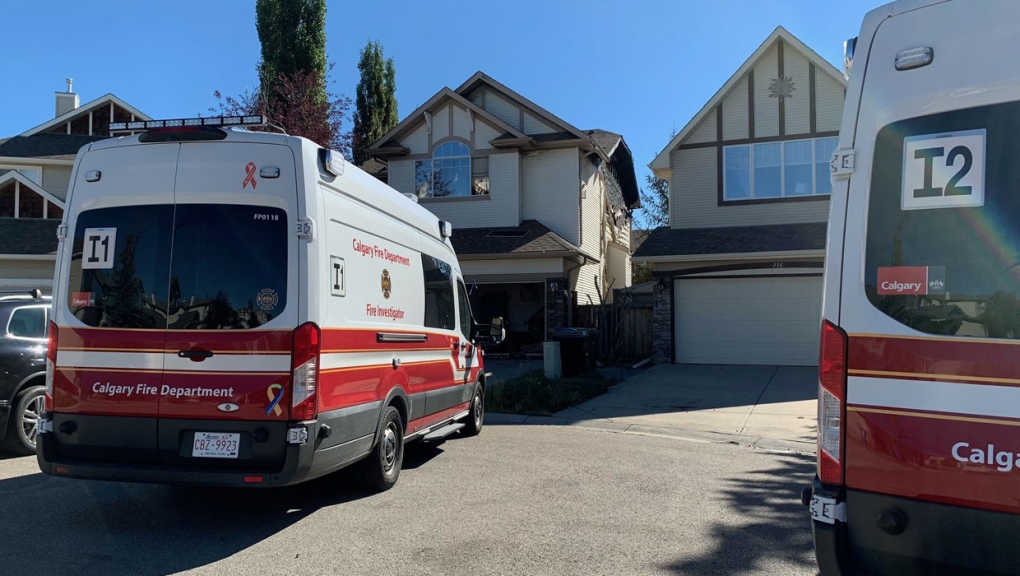 Fire officials are investigating the cause of a blaze at a home in southwest Calgary.

Fire crews say functional smoke alarms are being credited with saving the residents of a southwest Calgary home after a blaze broke out early Sunday.

Officials say firefighters were called to a home in the 200 block of Cougarstone Gardens S.W. at approximately 3:10 a.m.

On arrival, they found a two-storey home that was emitting smoke and flames from the roof.

A second alarm was called to bring additional crews to the area, officials say.

"Fire crews started an aggressive attack on the source home while placing hose lines to help stop the spread of fire to exposed homes. Because the fire was primarily in the roof structure, an aerial water tower was set up to control the fire and fire spread," the CFD said in a release.

The fire was quickly brought under control and a search determined that a single resident inside the source home managed to escape safely while three people in a neighbouring home also got out safely.

EMS attended the scene, but no injuries were reported.

Fire officials say the resident of the source home told them they were alerted to the situation by a smoke alarm, which stresses the importance of such devices, the CFD says.

"Working smoke alarms help save lives. Smoke alarms should be installed, maintained and regularly tested on every level of your home."

A fire investigator is working to determine the cause of the blaze and the resident is expected to be displaced while repairs are made to the home.