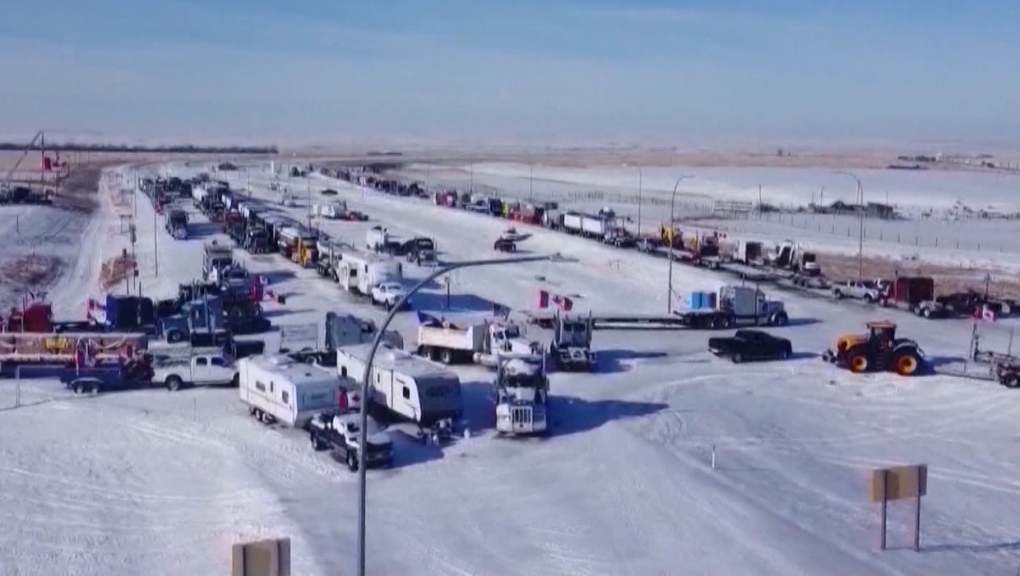 The border blockade at Coutts, Alta., earlier this year was conducted by members of the so-called Freedom Convoy, a group in opposition to pandemic-related health measures brought into effect by the federal and provincial governments. (File)

Three men, who police say were the main organizers of a major traffic blockade in southern Alberta, made their first court appearance in Lethbridge on Tuesday.

Police say the offences are related to the roles the men played in the blockade at the Coutts border crossing in January and February.

A few dozen people were at the Lethbridge courthouse for the occasion, showing their support for the accused. 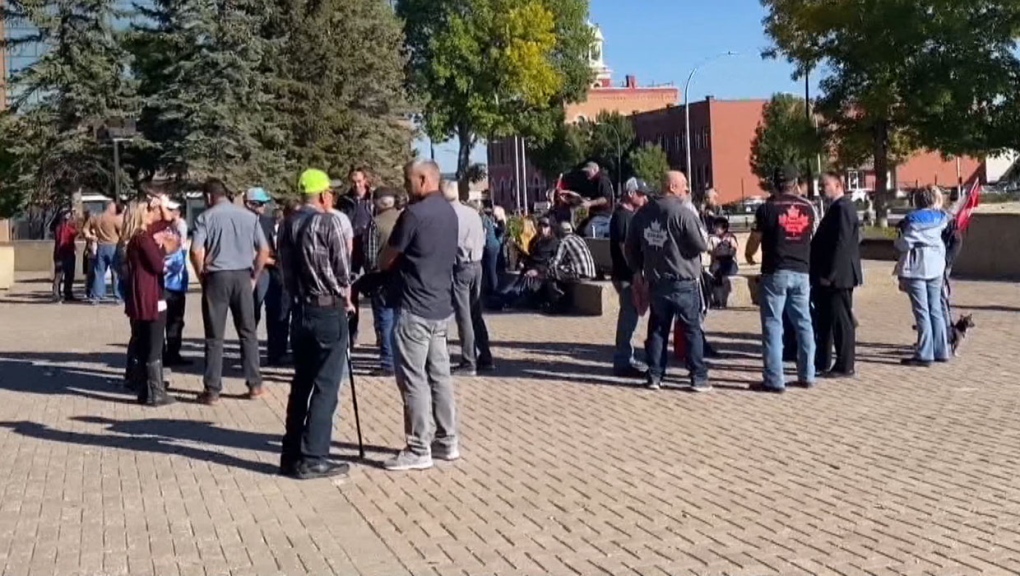 Others arrived in vehicles, prompting Lethbridge police to shut down a number of roads for a few hours because of the traffic.

The three men are due back in court next month.

Four other people connected to the Coutts dispute will face trial for conspiracy to commit murder.