Tuesday afternoon, she was at Olympic Plaza attending the first-ever Calgary Pop-Up Care Village (C-PUCV), where she was getting her nails done by students from MC College.

If you met her on the street, you’d be hard-pressed to know Derman was homeless.

Derman is one of hundreds of unhoused Calgarians attending C-PUCV, which offered help for those affected by homelessness and addiction, and offered immediate access to basic services ranging from health care to haircuts. 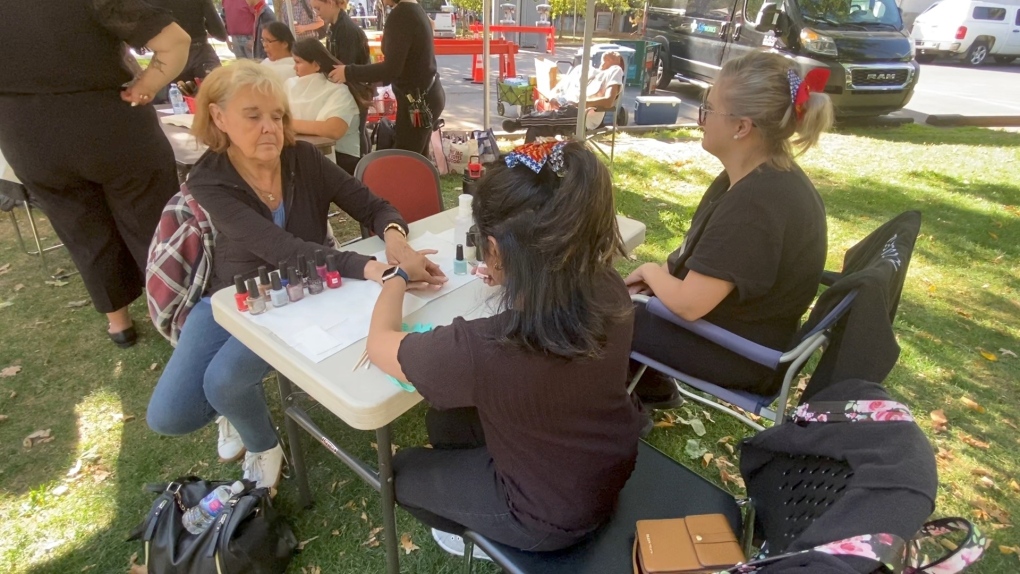 Maria Derman was at Olympic Plaza attending the first ever Calgary Pop-Up Care Village, where she was getting her nails done by students from MC College.

More than simply an information fair, the event is designed to be a festival including activities and entertainment.

Bill Zheng, a first-year nursing student at the University of Calgary, co-ordinated C-PUCV for BeTheChangeYYC.

He says they hope to bridge the gap between unhoused Calgarians and the wider community.

“We're coming to the same level, and we're communicating on the same spectrum. We can be like, 'Hey, how's it going? Do you need anything? We'll get you the stuff that you need. And you are essentially a guest here.'” 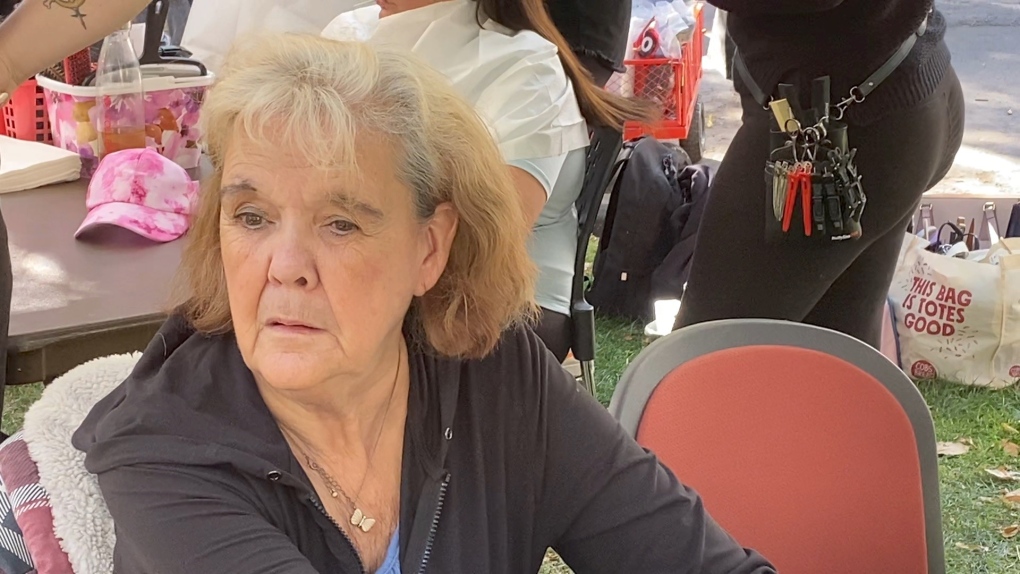 If you met her on the street, you’d be hard-pressed to know Maria Derman was homeless.

Daniel Doucet sleeps under a bridge on the outskirts of downtown.

He picked up some free pizza, loaded his backpack with a few water bottles and some sunscreen, then spent time getting advice from Safeworks and 811 staff.

He says events like C-PUCV are important because they show that Calgarians actually see the homeless population as real people.

“Well, I think sometimes people are afraid because there's a stigma attached to a lot of homeless. You know, we're viewed in certain ways and some of us are there because of circumstance of life," said Doucet.

“When I'm panhandling, the most important thing is not always getting money, it’s people actually looking and smiling. That makes the world, you know, that acknowledgment.” 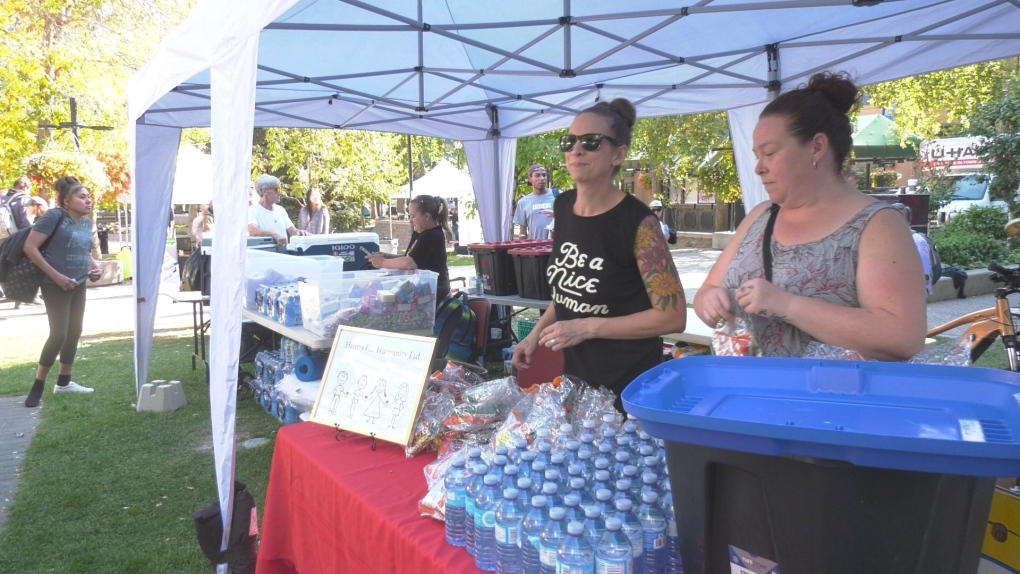 Diana Campbell and Jen Howarth of Hearts for Humanity.

Most days, the team from the tiny charity Hearts for Humanity hand out food and clothing to men and women sleeping rough outside the downtown core.

Tuesday, they were at C-PUCV distributing food, toiletries and harm-reduction devices like naloxone kits.

Diana Campbell, one of the team's organizers, says an event like C-PUCV was long overdue.

“I think we should do it more often, because I feel like there's such a need. (Unhoused Calgarians) need to know what's out there, what resources we have and who's out there helping," said Campbell.

"Homelessness is getting worse, and we definitely need more people to be helping us in different ways.

“These people are all humans, and they want to feel good about themselves. Sometimes we have really nice clothes like suits and dresses, and they take them and they feel good. It's important. It's about the humanity.”

Organizers of C-PUCV say the event was so successful, they're already planning a second one to be held in 2023.