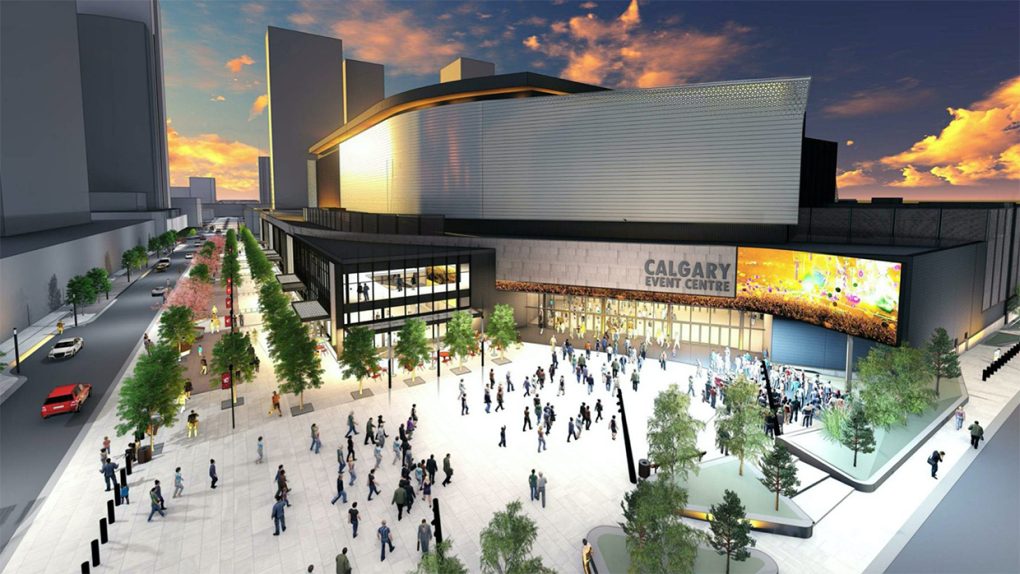 A rendering of the Calgary event centre, which was expected to be completed in 2024, that will not be completed after the agreement between the Flames and City of Calgary collapsed. (supplied)
CALGARY -

The company that owns the NHL's Calgary Flames says an agreement with the city on the construction of a new arena to replace the aging Scotiabank Saddledome has been terminated.

Calgary Sports and Entertainment Corporation said in a release Tuesday that the agreement was ended when neither the city nor CSEC waived "construction conditions" by Friday.

The termination of the agreement was expected after CSEC notified the city on Dec. 21 of its intent to pull out of the deal.

The city and the Flames agreed on an arena deal more than two years ago with the initial estimate of $550 million split between the two.

The cost estimate for the project has risen to $634 million.

CSEC president and chief executive officer John Bean has said his company's share of the new total would be $346.5 million compared to the city's $287.5 million, and said the Flames bear the risk of rising costs in the future.

This report by The Canadian Press was first published Jan. 4, 2022.