It didn't take long for March Madness to kick in Thursday, and one of the biggest upsets of the tournament's first day came with a Calgary connection.

One of the Aggies it turns out is Clayton Henry, one of three Albertans playing in March Madness.

Henry is a former student at Bishop McNally high school in Calgary who got started playing hoops here – and he hasn't forgotten his roots.

"It was a team out of Calgary," Henry said. "I give them all the credit for starting my career."

The 24-year-old now plays guard for the Aggies, who had to knock off the Abilene Christian Wildcats 66-52 in their conference final last weekend to gain a spot in the NCAA tournament.

And Henry was one of the biggest reasons why the Aggies won, says Paul Sir,  the executive director of the Alberta Basketball Association. 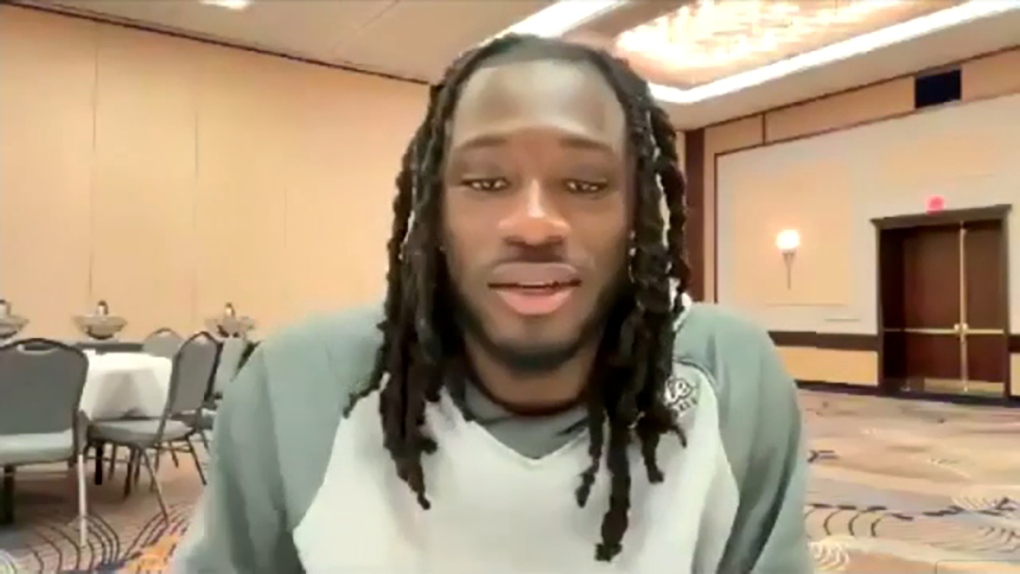 Henry is a former student at Bishop McNally high school in Calgary who got started playing hoops here – and he hasn't forgotten his roots.

"He had one of his best games of the season when it mattered most," Sir said. "He had 15 points and played a bunch of minutes. And he's Calgarian!"

As unlikely as it seems that Calgary is producing NCAA hoops heroes, Henry's not the only Alberta repping the wild rose this March.

He joins Edmonton's Aher Uguak, a forward for the Loyola Ramblers, along with a second Calgarian.

"Yvonne Ejim," Sir said. "She was the Sixth Woman of the year in the West Coast Conference!"

Ejim is a sophomore on the Gonzaga woman's team, and Sir thinks her future might include playing in the pros.

"I think she has a legitimate chance at playing in the WNBA," Sir said.

The buzz about Alberta basketball is growing this week, Sir added.

"With the CBL being in Calgary (with the Edmonton Stingers) having the BCLA's going on, that's because they want to bring a pro franchise to Calgary," he said.

"And Calgary's made a great impression."

It's creating a lot of interest in basketball circles, in a sport where top Canadian players mostly hail from Ontario and Quebec.

"Calgary is a hotbed of basketball," Sir said. "I have coaches from across the country saying you folks in Alberta are not far off Ontario."

It's a time of year that has the possibility of inspiring a whole new generation of young athletes who can tune in Saturday on TSN to see if Clayton Henry can help propel the New Mexico State Aggies into the Sweet 16.

"To be able to watch March Madness and see Albertans out there not just competing but competing successfully," said Sir, "It to me is the ultimate Alberta inspirational stories."

And before Henry and New Mexico State takes on an opponent to be determined Saturday, Ejim and the Gonzaga Bulldogs face off against Nebraska Friday at 1:30 p.m.