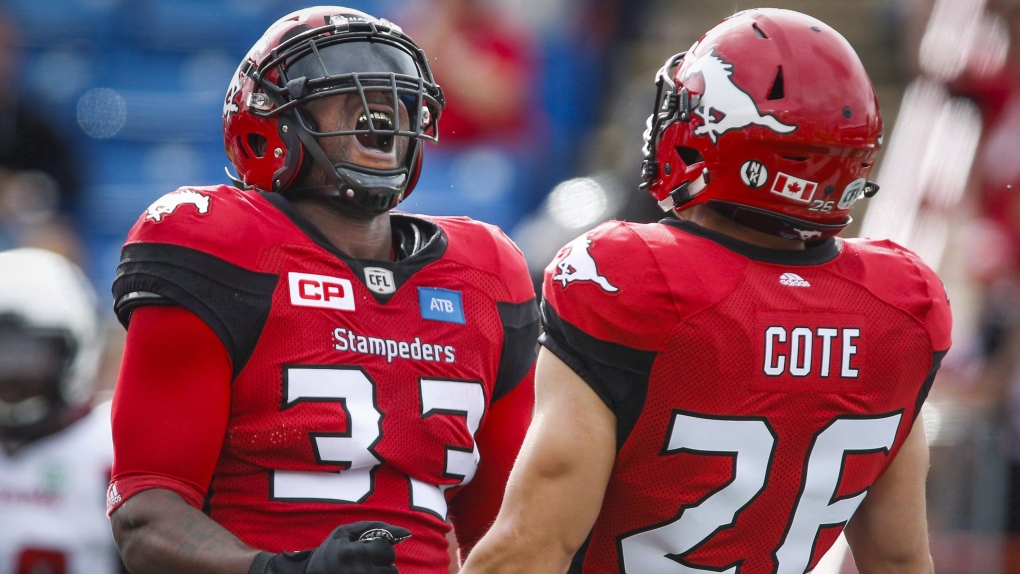 A former Calgary Stampeder running back who pleaded guilty to voyeurism after he filmed a consensual sexual encounter without a woman’s permission is expected to learn his sentence Thursday morning.

Jerome Messam, 37, was originally expected to appear in Court of King’s Bench last month, but his lawyer applied for him to attend online.

The Crown is opposed to Messam appearing by video conference and he is required to appear in-person Thursday for sentencing.

Court heard that Messam, who now resides in Brampton, Ont., had purchased plane tickets and planned to appear last month, but there was no explanation as to why he remained at home.

Messam’s victim, who was in court last month with supporters, opted to give her victim impact statement at that time instead of waiting until a later date.

The sentence hearing is scheduled for 9:30 a.m.