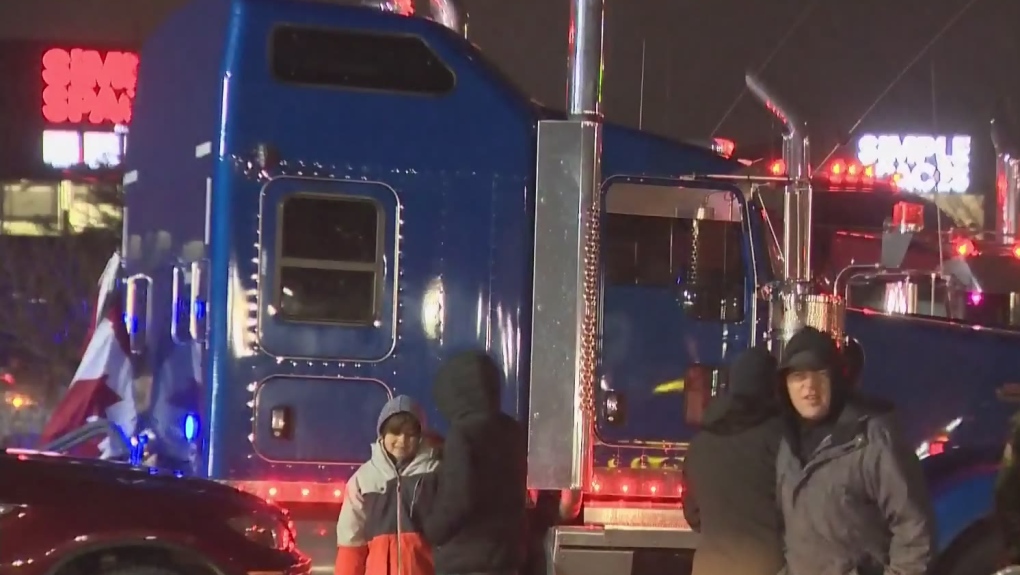 GoFundMe has frozen access to the nearly $4.5 million in funds raised by the trucker convoy now wending its way across the country toward Ottawa in a protest against vaccine mandates.

“We require that fundraisers be transparent about the flow of funds and have a clear plan for how those funds will be spent. In this case, we are in touch with the organizer to verify that information,” Rachel Hollis, a spokeswoman for the crowdfunding platform, said in an email.

“Funds will be safely held until the organizer is able to provide the documentation to our team about how funds will be properly distributed.”

As of Tuesday afternoon, funds were raised from 58,300 donors, according to the GoFundMe page of the “Freedom Convoy.”

Tamara Lich, who is also secretary of the fledgling Western separatist Maverick Party, launched the campaign on Jan. 14. It states that the money will go toward fuel as well as food and lodgings for big-riggers taking part.

“Our current government is implementing rules and mandates that are destroying the foundation of our businesses, industries and livelihoods,” the convoy's GoFundMe page states.

“We are a peaceful country that has helped protect nations across the globe from tyrannical governments who oppressed their people, and now it seems it is happening here.”

As of Jan. 15, the federal government required Canadian truckers to be fully vaccinated if they want to avoid a 14-day quarantine when they cross the border from the United States.

Labour Minister Seamus O'Regan has also announced that vaccination will become mandatory for workers in all federally regulated industries, though no timeline has been laid out.

The Canadian Trucking Alliance, which has denounced the convoy protest, says more than 85 per cent of the 120,000 Canadian truck drivers who regularly traverse the border are vaccinated, but that up to 16,000 may be sidelined due to the new restriction, exacerbating supply chain problems.

In a joint release Tuesday, the federal government and alliance president Stephen Laskowski acknowledged “unprecedented challenges” to a sector that ships the vast majority of food and consumer products, but stressed vaccination as the route to economic health.

“Vaccines, medications, personal protective equipment, food, and supplies continue to arrive where they need to be thanks to the efforts of our dedicated commercial truck drivers,” said Laskowski, O'Regan, Transport Minister Omar Alghabra and Employment Minister Carla Qualtrough.

“The government of Canada and the Canadian Trucking Alliance both agree that vaccination, used in combination with preventive public health measures, is the most effective tool to reduce the risk of COVID-19 for Canadians, and to protect public health.”

The big-riggers are bound for a protest set for Saturday in Ottawa, where drivers from across the country are planning to converge.

In a Twitter thread Monday showing pictures of depleted grocery store shelves, Alberta Premier Jason Kenney said he was “on the phone with U.S. governors” that morning who share his concerns. He said he is was working on a joint letter to U.S. President Joe Biden and Prime Minister Justin Trudeau to end the dual vaccine mandates.

I’m getting pictures like this from grocery stores across Alberta this morning.

This is turning into a crisis. It requires immediate action by the Canadian & US governments. pic.twitter.com/nEmbSgX2BU

Reese Evans, general manager of Evans Trucking, said 14 of his 36 drivers who typically haul lumber across the Alberta-Montana border are unvaccinated - and largely out of commission following the vaccine mandate. His outfit donated $5,000 to the campaign.

“When are they going to stop to realize that you've got to stop screwing with people's livelihoods,” he said.

Trade associations have condemned protests on roads and highways, but Evans said planned demonstrations near border crossing points across the country this weekend will be safe and legal.

This report by The Canadian Press was first published Jan. 25, 2022.