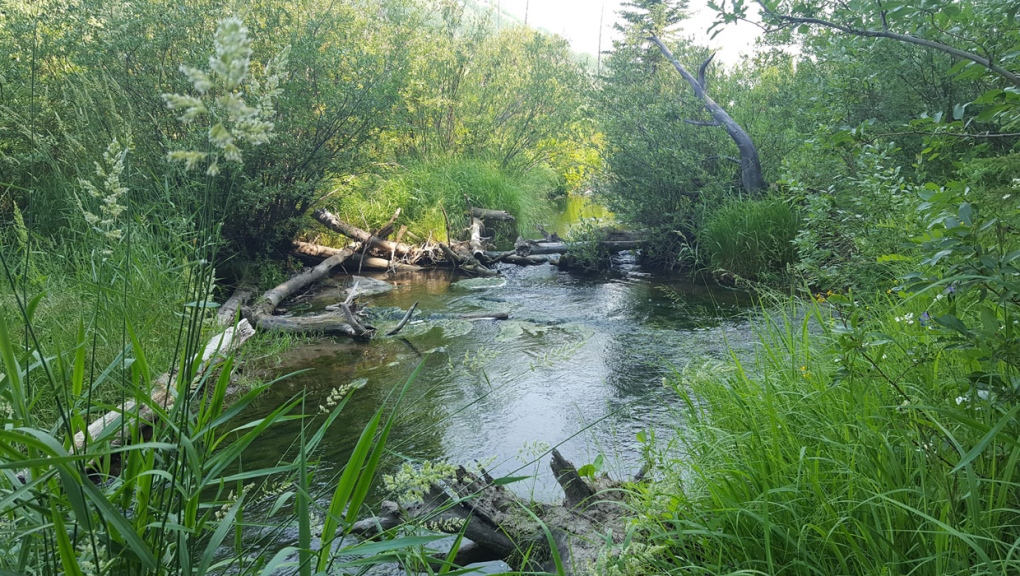 Albertans have a week to submit their concerns over a plan to build a gravel mine under a kilometre away from a popular provincial park.

The Alberta Wilderness Association (AWA), a conservation group opposed to the project, says the company behind it – Mountain Ash Limited Partnership – has applied to the provincial government to remove 13 wetlands, which are critical to the park's survival.

The Mountain Ash sand and gravel mine, which was approved by Rocky View County last year, would be located approximately 800 metres from the main spring that feeds the waterways in Big Hill Springs Provincial Park and more than half the flow of Bighill Creek, the AWA says.

By removing the wetlands targeted in the development, there could be "severe and irreversible damage" to springs and waterways in the area.

"Those springs and flows have made the provincial park one of the most popular recreational destinations in Rocky View County," the AWA said in a release.

Furthermore, the group says after the provincial government spent public money on the park redesigning the trails and adding other features, it's illogical to allow an application to alter the park so severely.

"It's nonsensical, after investing $1.2 million to improve the visitor experience at Big Hill Springs Provincial Park, to approve a Water Act application and industrial activities that are likely to destroy the very features visitors come to appreciate," said Ian Urquhart, AWA's executive director.

AWA says scientific studies have also shown the type of mining used by the project will also result in damage similar to what is caused by open-pit coal mining.

CTV News contacted Alberta Environment and Parks about the proposal and a spokesperson says the government is committed to protecting the environment while improving experiences in the outdoors for Albertans.

"The proposed Summit Project is currently going through the regulatory process and would only be allowed to proceed if it meets all legal and regulatory requirements for water and the environment," said Bridget Burgess, communications advisor for Alberta Environment and Parks, in an email.

Residents concerned about the project are invited to email the ministry's approvals unit with their statement of concern ahead of the Jan. 31 deadline, quoting DAPP0001717 & EMS No. 001-00481044 in the subject line.

The Supreme Court of Canada’s ruling allowing the Quebec City mosque shooter to be eligible for parole after 25 years is raising concern for more than a dozen similar cases.