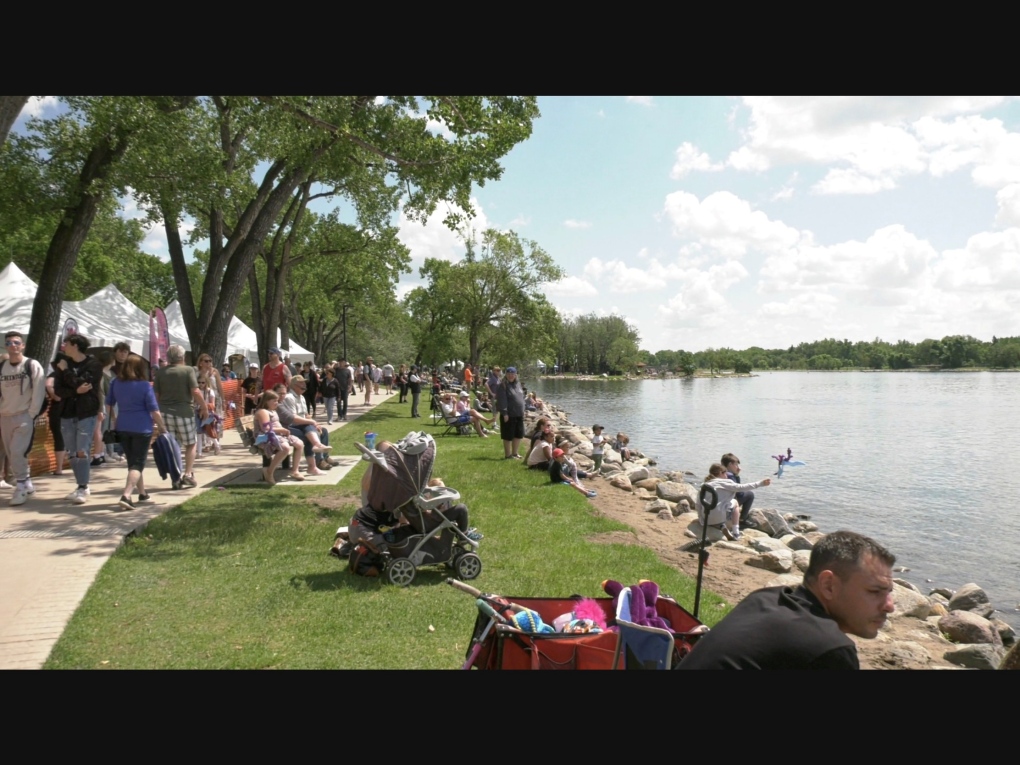 The festival was celebrating its 20th anniversary since starting in 2002.

Henderson Lake was a busy place to be this past weekend, with thousands of spectators, volunteers and athletes coming together for the ATB Financial Lethbridge Rotary Dragon Boat Festival.

“It's great to be back full swing in the festival like we had been for almost 20 years prior to COVID,” said Jennifer Yanish, a team member of Abreast of Bridge.

The festival was celebrating its 20th anniversary since launching  in 2002.

The weekend was filled with cheers, excitement and a few sore muscles as 48 teams, made up of more than 800 athletes took part in the races.

Organizers said they were thrilled with the turnout.

“We didn't know what the hesitancy was going to be or what the tolerance level would be coming off of COVID but people are just hungry for an opportunity to come together and to celebrate and to have some fun and we're seeing the result of that today,” said Diane Randell, chair of the planning committee.

After being cancelled for two years because of the pandemic, Randell says the demand was high from the dragon boat community to get back on the water.

“I think people were wanting to do something and be out on the water again and we create some different categories of races, racers and teams, recreational teams and competitive teams and people just starting to transition into doing this so we anticipate next year being even much bigger,” Randell said.

Twenty six bands and dance troupes took the stage, with food trucks, local vendors and kid’s activities set up around the lake.

Also, making a comeback this year, was an in-person rose ceremony for women who are breast cancer survivors.

Survivors stood together for a ceremony on Saturday, including Yanish who said along with the support, racing is a key sport to keeping healthy.

“When you go through an experience like that some people tend to think you can't active, you have to watch what you do, you might hurt yourself, but over the years we've learned that participating in paddling and upper body exercises is so important for people who have had breast cancer surgeries,” Yanish said.

Yanish said the support shown by the community throughout the years has been touching for those dealing with cancer.

“It’s just great to be on the water with those who have gone through similar experiences and continue to fight after diagnoses and treatment to remain healthy,” she said.