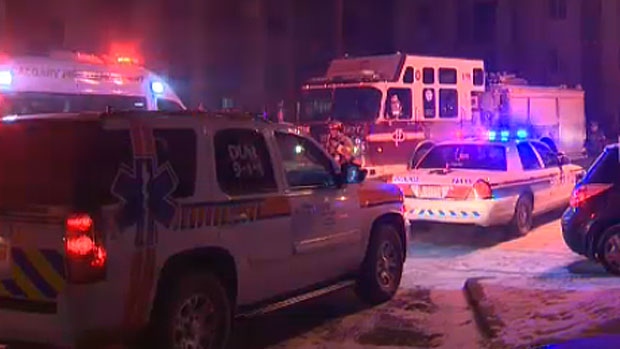 A carbon monoxide detector helped save the lives of about 200 people in a northwest Calgary condo complex on Monday night. CFD crews found levels more than twice the acceptable limit.

A large condo complex in northwest Calgary needed to be evacuated after high levels of carbon monoxide were recorded inside the building.

The Calgary Fire Department was called to a 142 unit condo complex on Royal Birch Blvd. N.W. just before 10 p.m.

A carbon monoxide detector in the building went off, and when crews tested the air, they found the CO concentration more than twice the acceptable limit.

About 200 people were forced out of the building and into waiting buses or with friends.

The CFD says the problem likely started with a ventilation shaft that had iced over, cutting off fresh air from reaching the building’s heating system.

Acting Battalion Chief Ed Cornez says it should be an eye opener for anyone to keep their heating system maintained. “If you don’t have good make up air this can happen in the middle of summertime as well as winter.”

This is the second time the building has been evacuated for high CO levels in the past two months.