How Calgarians can view Monday's commemorative ceremony for the Queen

How Calgarians can view Monday's commemorative ceremony for the Queen 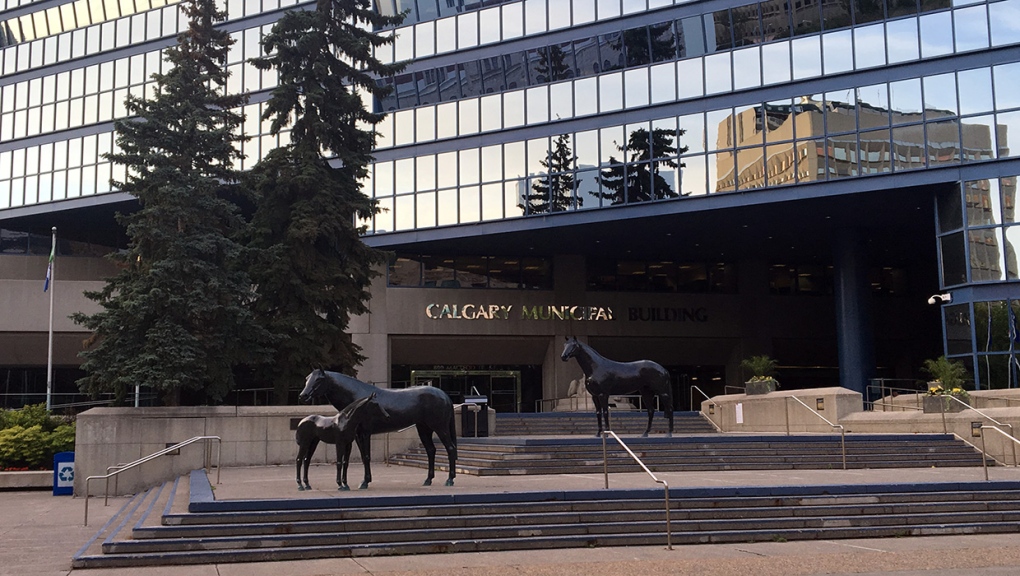 A stock photo showing the outside of Calgary's municipal building.

Calgarians are invited to head to the Calgary Municipal Building (800 Macleod Trail S.E.) on Monday to view Canada's commemorative ceremony in honour of Queen Elizabeth II.

The City of Calgary has announced it will be playing the ceremony on TV screens in the building's atrium starting at 9 a.m.

The ceremony, which takes place at Christ Church Cathedral in Ottawa, will include government officials and dignitaries.

Following the national ceremony, the televisions in the atrium will show the province's ceremony live from the Alberta Legislature Grounds in Edmonton starting at 10 a.m.

Those who wish to sign a book of condolences can head to the west side of the atrium until 6 p.m.

In honour of her the Queen, at city hall will ring 70 times beginning at noon on Monday to honour the 70 years the late monarch reigned.

"Any places of worship or buildings that have bells or carillons are welcome to join the city in marking this occasion," read a Wednesday news release.

In addition, the city says notable Calgary landmark will be illuminated in a royal blue to honour the Queen, including:

"The royal blue hue is present in the vice regal flags of Canada and mimics the blue jewels worn by Her Majesty in her final official Canadian portrait," said a release.

Though the City of Calgary had initally lit Reconzilliation Bridge blue as well, a tweet on Sept. 16 stated they'd decided to no longer do so.

In consultation with @CalgaryMLC and The City’s Indigenous Relations Office, and in alignment with our ongoing commitment to Truth & Reconciliation, the Reconciliation Bridge will not be lit blue to honour the Queen’s passing.