'I think everybody is really concerned': CFL players still in strike position

Tuesday morning Calgary Stampeders players were on the field at McMahon Stadium practicing ahead of a scheduled weekend pre-season game against the BC Lions.

Whether that game goes ahead or not is still an open question after CFL players rejected a contract offer that had been accepted by the CFL players association (CFLPA), and recommended to players.

Prior to the weekend vote most CFL players were on strike, having walked off the job on May 14th. Three teams – Calgary, Edmonton and Montreal remained on the field in training camp as a result of provincial labour laws in their provinces.

While money – particularly the lack of a ratification bonus - was an issue, the bigger sticking point according to Stampeders CFLPA representative Derek Wiggan, is the player ratio.  That ratio would determine how many American players a team could have on the roster. Team owners would like to see that increase.

“I don't think there's any tension (between Canadian and American players). It’s just, you know, there's questions because that opens up a whole new bag, a whole new box of ‘okay, if this happens, what does that mean for the other spots on the roster’, right?” said Wiggan.

Tuesday afternoon the CFL owners tabled a new proposal to the CFLPA, setting a deadline of midnight Thursday.  TSN's CFL insider Dave Naylor, who spoke to CFL Commissioner Randy Ambrosie, tweeted Tuesday:  “My sense from my conversation with @RandyAmbrosie is that this process is going to take a sharp turn if we get to Friday with no deal. That’s when it would get chaotic and the start of the season could come into play.#CFL #CFLPA”

Naylor added to it saying “A rejection of the latest offer by @CFLPA and a decision to strike would result in teams no longer housing and feeding players. A rejection without a strike would see the league pull it's offer and unclear where things would go from there.#CFL #CFLPA”

Just spoke to commissioner @RandyAmbrosie and got details on @CFL’s new offer to players:
— league provides $1 million ratification bonus to players. But removes $450k from 2022 cap and $675 in guarantees in ‘28. The ‘28 cap may not be affected if revenue sharing kicks-in#CFL

The CFL has not had a full season since 2019. The 2020 season was cancelled due to the COVID-19 pandemic, which also shortened the 2021 season,  missing even a portion of the 2022 season could jeopardize the league according to Stampeders’ historian Daryl Slade.

"To have a labour dispute, possibly missing a chunk of the season. I think everybody fans, and  everybody else – players, management - I think everybody is really concerned that if this cuts into the season very much, it could be, maybe not a death knell for the league, but certainly it will hurt them."

"It's certainly possible it might just end up changing it to possibly going back to a semi-pro league or something. That's possible."

That's not the news dedicated fans want to hear. Heidi Westhaver has had season tickets to the Stampeders for 20 years, She is looking forward to a full season, including upcoming exhibition games, and is worried the business of sports may derail fans’ dreams. 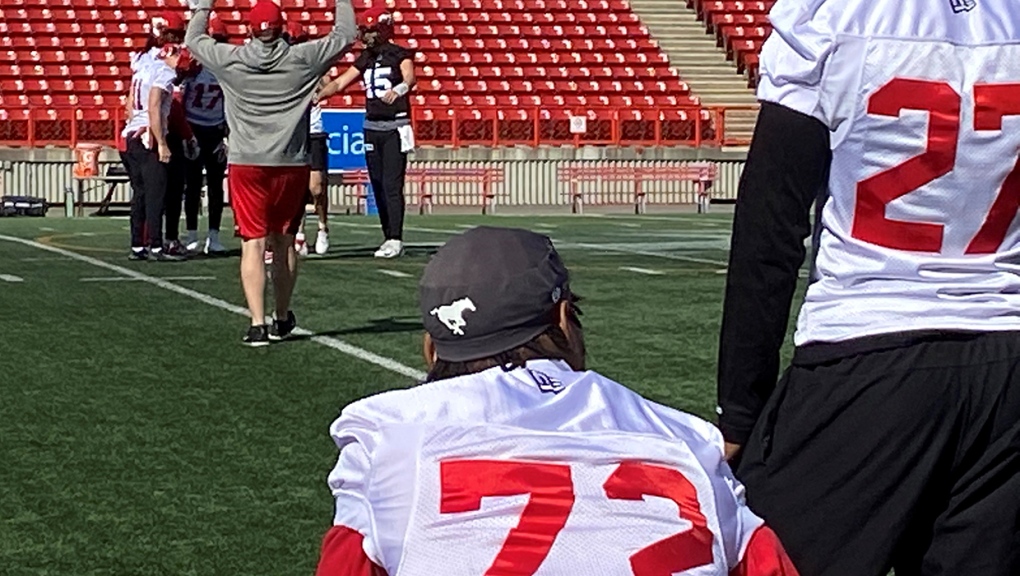 "We look forward to the season every year. And you know, as spring comes, so does football. And it's exciting. So to hear that there's so many disagreements between both sides. It's a little bit disappointing. You want to have something to look forward to," said Westhaver.

"We want to go and enjoy the fun of the game. We don't want to have to worry about not being a season or the business side of it."

Back at  Stampeders practice, head coach Dave Dickenson said the players he sees on the field don’t seem to be letting the possibility of a work stoppage affect their desire to play.

"I’m gonna give our guys credit. They've showed up ready to go. I don't feel like the distractions are there, even though I think if you're realistic they are. But I feel like our guys come out to work," said Dickenson.

"I'm an optimist. I feel like you know, we will be playing football and I'm excited for that opportunity."