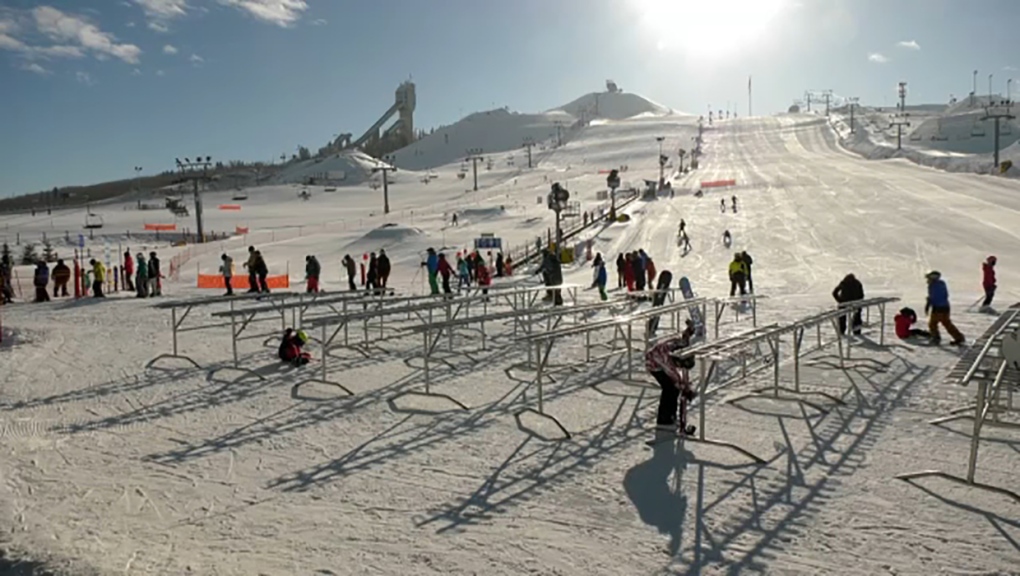 WinSport will be open for guests on Nov. 25 and this will also be the first time in two years that school groups will be allowed to visit the facility. (File)

WinSport says the time has arrived to open the ski and snowboard hill at Canada Olympic Park.

Officials announced the facility will open for visitors on Friday.

"Our snowmaking team has been taking advantage of every cold-weather window during the past couple of weeks, and thanks to Mother Nature's blanket of natural snow, the season will open with ideal conditions," WinSport said in a release.

So far, the Bronze, Silver and Gold carpets, along with the Legacy Chair, will be open to guests on the first day, but officials say more terrain will be open in the coming days.

WinSport says it's the best condition the park has been in years.

"Snow volume and depth is in the best position for opening day," said Mike Tanner, WinSport's director of outside operations.

"With about a week to 10 days more of around-the-clock snowmaking required to have enough for the entire season."

The park will also be welcoming back school groups for lessons for the first time in two years, allowing WinSport to extend its hours of operation.

The Servus Tube Park is expected to open on Dec. 17, weather permitting.

Anyone looking for further information, including current conditions at Canada Olympic Park, can find it online.