'It's going to be the core of downtown': Festival Square officially opens to the public

'It's going to be the core of downtown': Festival Square officially opens to the public

After nearly a decade of planning and two years of construction, Lethbridge's festival square is finally open.

"This street is a happening street already, and it's just going to get better," said Penny Warris, one of the owners of Analog Books.

A grand opening ceremony, complete with a ribbon cutting and free barbecue, was held Wednesday morning with residents, city officials, business owners members of the Downtown BRZ and many more.

"It's obviously the opening of a new public space to bring people down into the downtown, but it's more than that to many of the people that worked on these projects," said the city’s urban revitalization manager, Andrew Malcolm.

"It's kind of the final piece of over ten years of planning, of seeking out funding."

Festival square market plaza cost $1.71 million, which was made possible with funding from the federal and provincial governments.

The event also celebrated the near-completion of the Third Avenue reconstruction project, which cost over $10 million with the money coming from the Canada Community Building Fund and the City of Lethbridge.

One of the biggest benefactors of the completion of these two projects are local businesses who expect to see a large bump in foot traffic this summer. 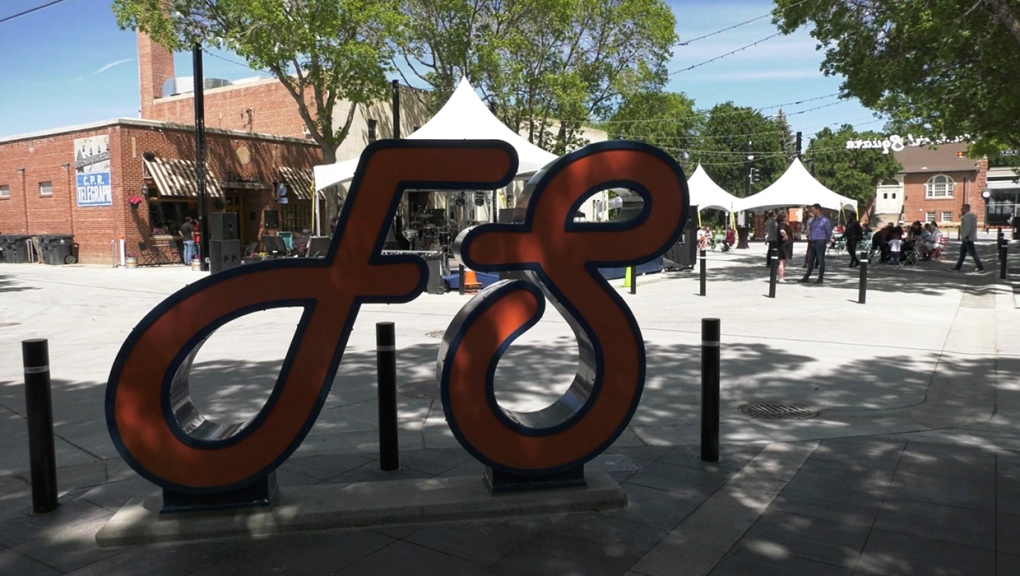 "It actually was one of the reasons that we decided to open on Sixth Street because we were aware that this was in the works from years ago," said Warris.

"It's going to be the core of downtown," added Warris’s husband Scott Warris,the owner of Analog Books.

"It's going to be the main draw, and the more people we can get down here, the more comfortable people will feel in coming and that's what we love to see."

‘Lighting Up Festival Square’ events are being held today through until Saturday and feature live music, arts and much more.

All events for lighting up festival square are free to attend and you can find all the details on the Downtown BRZ’s website.