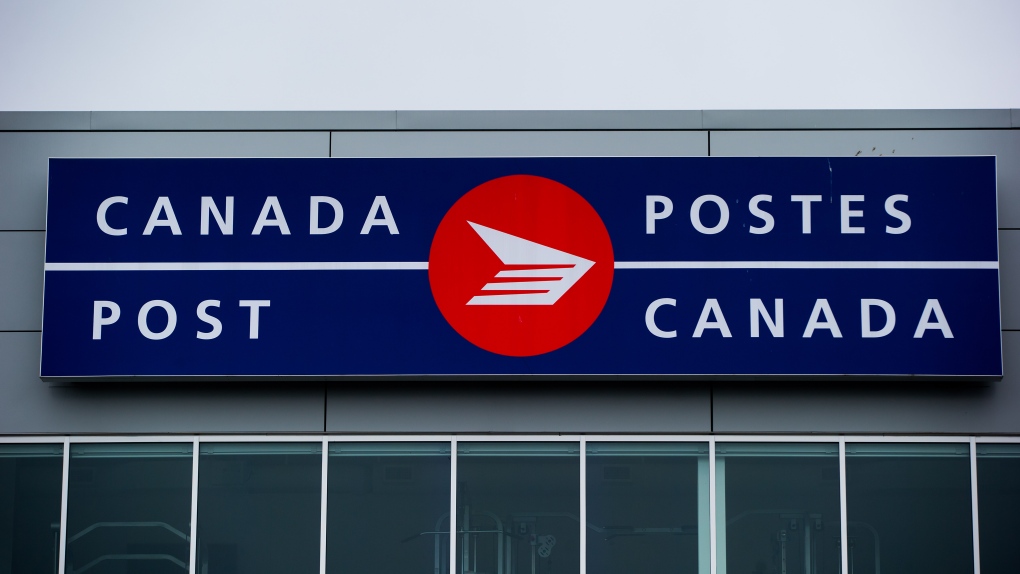 The Canada Post logo is seen on the outside the company's Pacific Processing Centre, in Richmond, B.C., on June 1, 2017. RCMP say two Calgarians broke into three post offices in rural Alberta communities between in October and November. THE CANADIAN PRESS/Darryl Dyck

Alberta RCMP say they've caught two people who they say broke into three Canada Post locations in several communities and got away with loads of mail from each one.

Officials tell CTV News that on Oct. 10, members of the Didsbury RCMP were called to respond to a break-and-enter at the Cremona Canada Post.

Five days later, another incident occurred, this time an attempted break-and-enter to the bottle depot in Carbon, Alta. A 2019 Ford F-150 was stolen from that location, but Calgary police were able to recover the truck on Oct. 17.

On Oct. 23, police responded to a break-and-enter at the Carbon Canada Post and the Carbon Farmers Exchange, also known as the Carbon Museum. The suspects also attempted to gain access to the bottle depot a second time.

Police say on Nov. 16, the suspects broke into the Sundre Canada Post.

A week after that incident, Drumheller RCMP, with the assistance of the Calgary Police Service and multiple other agencies, executed a search warrant in Calgary on a location "where it was believed that items stolen from three of the break and enters were being stored."

During that investigation, police found:

Matthew Hreczuch, 37, and Becca Wood-Stairs, 27, both of Calgary, were arrested in connection with the investigation.

The pair are charged with four counts of break-and-enter to commit theft, three counts of theft of mail, four counts of disguise with intent and one count of possession of break-in instruments.

Hreczuch is also a suspect in a verbal altercation that occurred at a gas station in Airdrie, Alta., on Sept. 22. Police say he pointed a firearm, which turned out to be an imitation, at a victim before fleeing the scene.

He faces these additional charges:

A senior government official says a Canadian military assessment team is on its way to Turkiye in the wake of a devastating earthquake that's killed thousands.