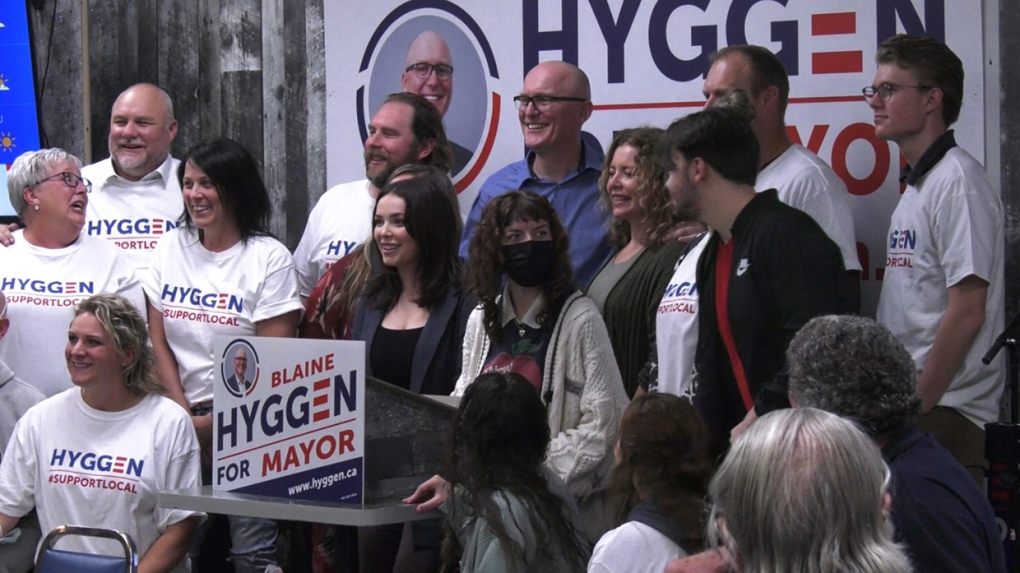 Headlining the night was Blaine Hyggen who narrowly edged out former two-term councillor Bridget Mearns by just 508 votes to become the city's next mayor.
LETHBRIDGE, Alta. -

The City of Lethbridge is set to welcome in a new team of local leaders following Monday's municipal election.

Headlining the night was Blaine Hyggen who narrowly edged out former two-term councillor Bridget Mearns by just 508 votes to become the city's next mayor.

There are also four new councillors who will be joining incumbents Belinda Crowson, Mark Campbell, Jeff Carlson and Ryan Parker.

"Some of them are very tired, some of them have been out picking up their signs, and of course they're all very excited to be serving this great city," said Returning Officer Bonnie Hilford.

"Swearing in will be next Monday and then we can officially put them to work. So their orientation will start on Tuesday, and it is very robust."

A point of emphasis for the city this time around was increasing voter turnout after just 21,338 eligible voters, 27 per cent, turned in a ballot in 2017.

This time around, there were roughly 7,000 more ballots cast which is an uptick of eight per cent. 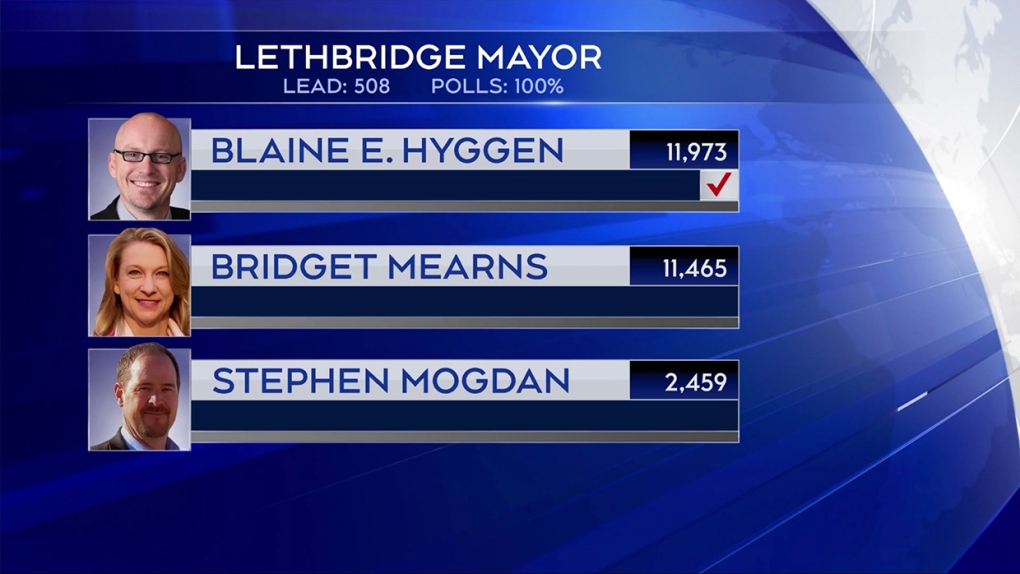 "The theme for this election was simplicity, so that people would understand and easily be able to vote and it was accessible to all," said Hilford

"We had 14 voting stations, and they were steady. Sometimes there was up to a 30 or 45 minute wait, so in the future maybe we'll have more voting stations as well."

Hilford added that the pandemic presented some challenges this year in trying to set up additional voting stations and bring more staff on board to help reduce wait times, but that shouldn't be an issue for the 2025 election.

Advance voting more than doubled compared the last election with 9,804 residents casting their ballot ahead of Monday's election.

City officials credit much of the increase in advance voter turnout to the new drive-through voting option, which Hilford says will likely be coming back in 2025.